Behind the NFL's Credential Management Process

INTRODUCTION
As I am sure you all know, managing creds, comp tickets, guest passes, etc. can be one of the most time consuming, tedious tasks in the entire production process. And.... given today's environment, I'd argue it's one of the most critical.

Now imagine you had to manage 40 to 50,000 credentials for something like the Super Bowl. Keep in mind that you not only would have thousands of credentials to manage and issue, you'd also have to figure out zones, locations, flow and specific times certain people and groups can go to certain locations.

I thought it would be incredible to sit down with NFL Accreditation Manager, Kelsey Pietrangelo and get the down low on how things are really done.

This behind the scenes look is definitely one of a kind. Enjoy. 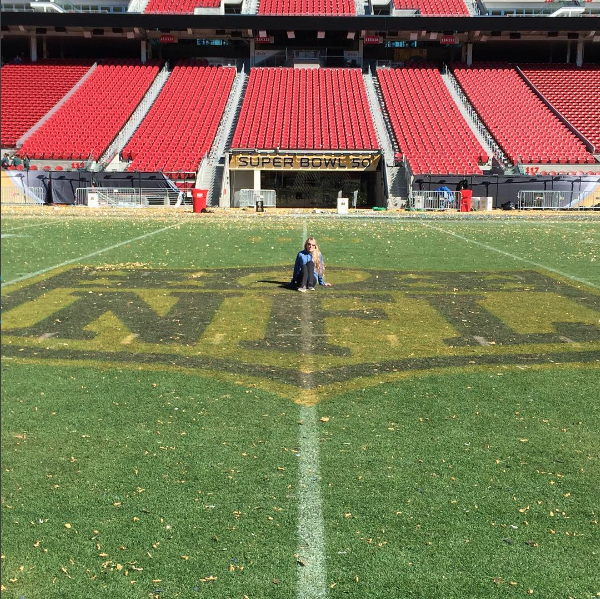 LET'S SET THE SCENE
I caught up with Kelsey as she was preparing for one of the NFL games in London this year. She's definitely a busy lady. Her responsibility goes well beyond the Super Bowl, to all of the NFL's International events, the Pro Bowl and the ever growing NFL Draft.

In this interview, we talk about:

BTW - [Shameless Plug] - If you're interested in taking a look at how our next generation credential management platform can help secure your event and/or organization, CLICK HERE 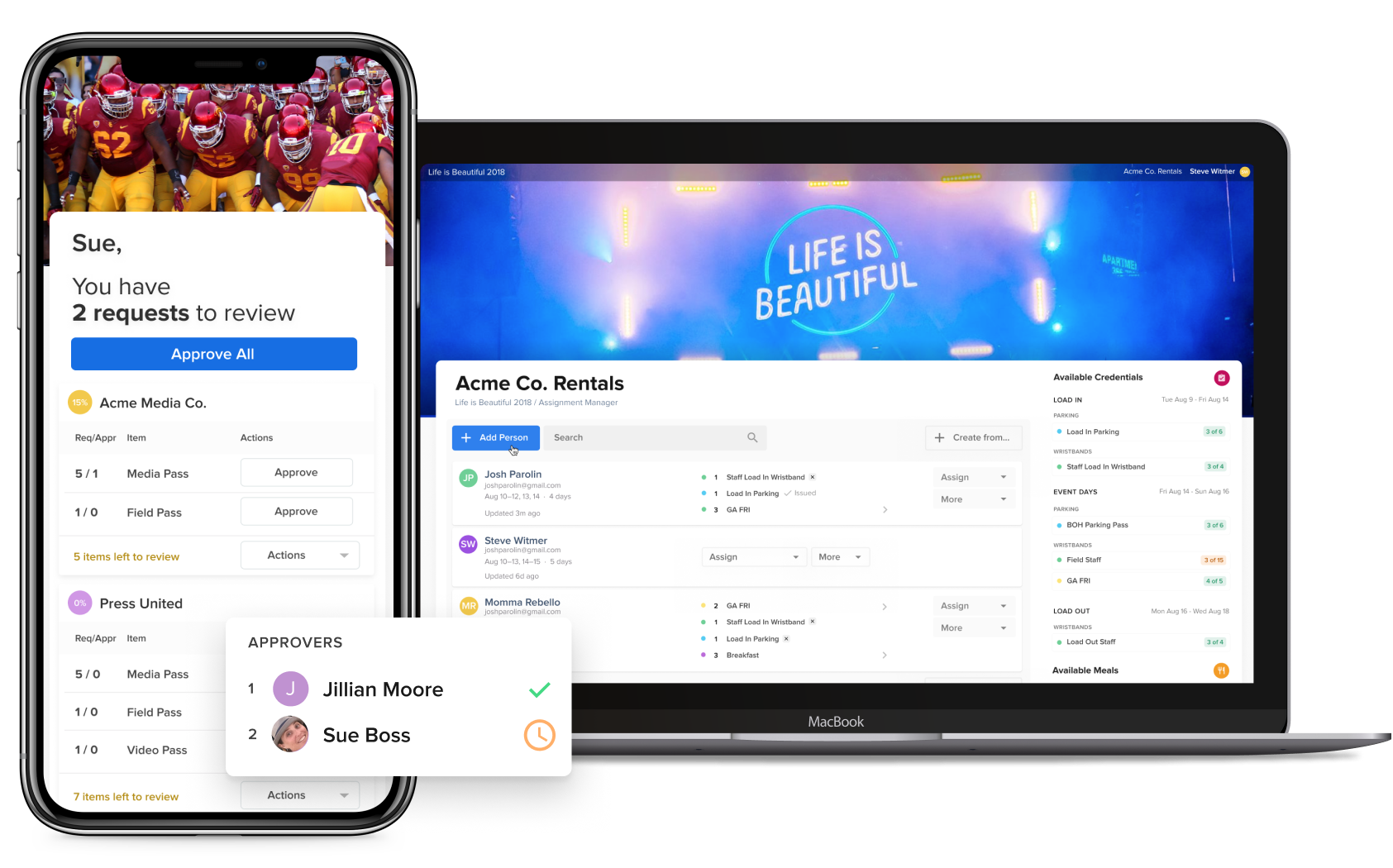 Where did you grow up?
I grew up in South Jersey, about 20 minutes from Philadelphia.

What was 15-year old Kelsey like?
Very curious and always looking to the future. I was always on the go, I still am to this day. I've been told that people don't understand where I get all of my energy.

So fast forward to today: If your friends were a little tipsy, how would they describe you?
They would describe me as someone who laughs at themselves. I basically end up laughing at my own jokes. I also never stop talking and am very personable.

If you could work on any other event in the world what would it be and why?
Either the Olympics or the Kentucky Derby. The Olympics credential thousands of people as well so would be very curious to see how the credentialing process works for the Olympics. The Kentucky Derby would also be fun. I've always enjoyed horse racing so working on access for that event would allow me to get a hands-on experience.

"I love order and structure. Those details matter in a credentialing database."

How did you get this job?
When I was in school, I focused on my career. I was always taking internships because I wanted to find out exactly what I wanted to do in life. When College professors suggest internships, listen to them. They are 100% right. I always tell students to take internships when you can. I completed five internships during college and one of them was with NFL Films.

I loved the behind-the-scenes work with NFL Films: scheduling interviews, setting up shoots, finding new people. That position led me to the accreditation position with the NFL and had me working on Super Bowl 50 my first year.

"I completed five internships during college and one of them was with NFL Films." 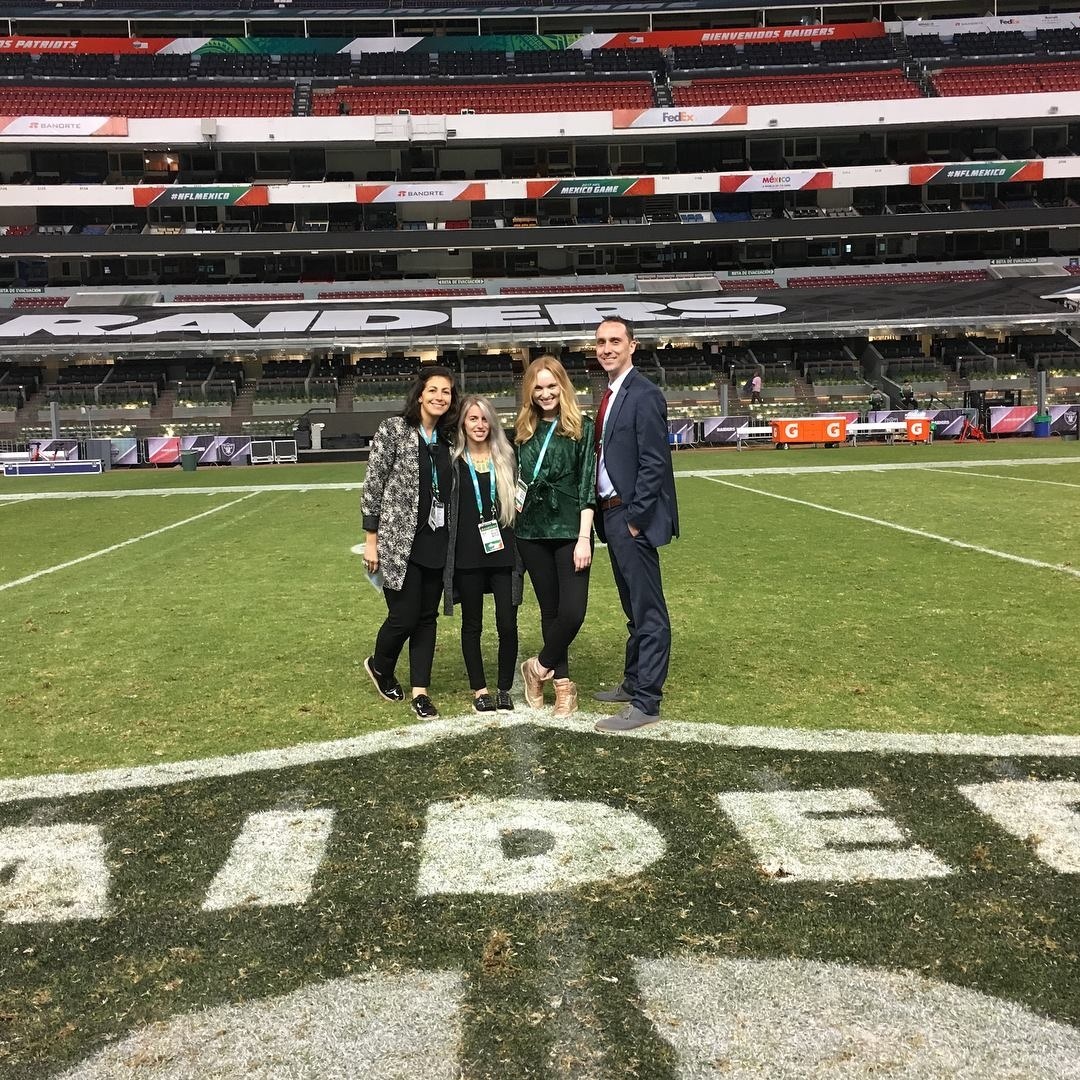 How would you describe your role today?
Access control and security. I work on the NFL operations team which controls points of entry and secure zones for vendors and employees that need access. I oversee the actual Accreditation process of the larger operation plan.

What specific events do you work on?
My biggest event is the Super Bowl. That process starts as early as 15 months out. I also work on the London Games, Pro Bowl, the Mexico game (which was new in 2016), NFL Draft and Kickoff.

Who is typically the biggest group of people you are credentialing?
Security and Food & Beverage/ Merchandise vendors. We also credential production companies who account for a large number of credentials. 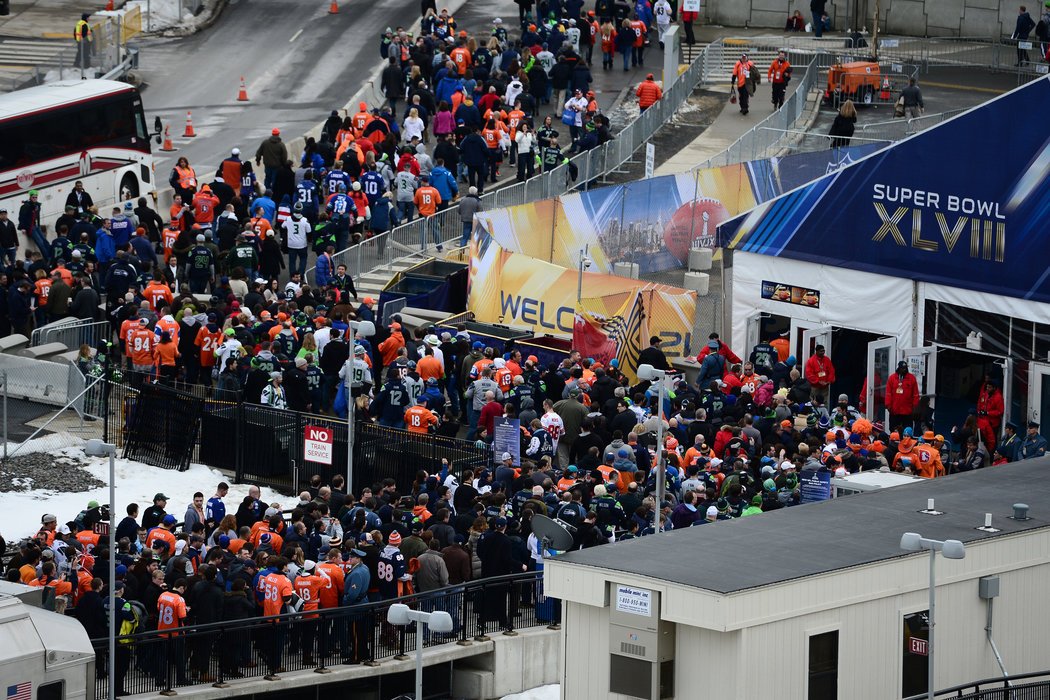 What about media?
So media credentials are handled by the PR department. For Super Bowl, it's about 3,500.

How many people specifically work on your accreditation team full time?
It's just me full time. We have a full time temp, which is where my story started. We also have a production company who handles the printing and distribution of credentials.

Walk me though the main steps of the accreditation process, from submitting requests all the way to activation on site.
The vendor contact collects and submits information on behalf of all their employees. They also submit photos on behalf of their employees into the system. Then those individuals are placed into zones for the event. Vendor contacts work with me to figure out where they need access and how many people they're allowed to have access—and that's for every single person. Sometimes, I have to say, "Hey, you've asked for X amount of field access for Super Bowl. I can only give you this many."

CHECK OUT EXPERT TIPS ON MANAGING CREDENTIALS LIKE THE NFL ==> [VIDEO] 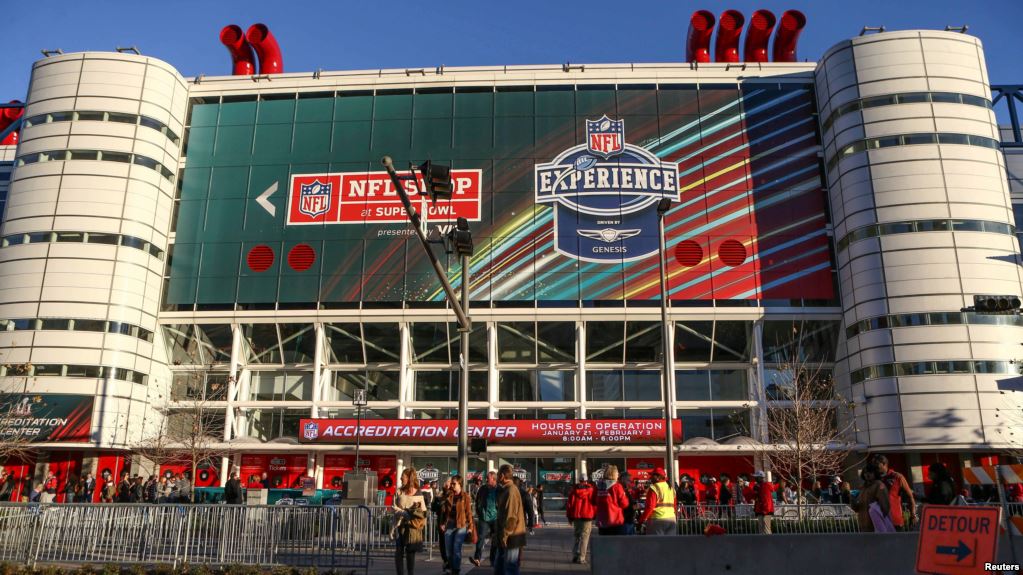 Once zoning is approved, we print and distribute the credentials on-site out of the Accreditation Center(s). Credentials are picked up by each individual with a valid government-issued ID. This is  why at Super Bowl we have a staff of 60 people to handle the production and distribution because of the thousands picking up credentials in a short two-week period.

What would you say are you're top three biggest challenges when it comes to the process?
FIRST: If we're talking about Super Bowl, controlling access to the field. As much as everybody wants to be on the field, you have to truly understand and separate the 'wants' from the 'needs.' Vendors may want all of their staff to have access but it's knowing the ins and outs of each vendor to best determine how many people are needed to get the job done.

SECOND: Zoning. Zoning groups is also a challenge. Basically figuring out how many people need access and where they need access can be a puzzle.

THIRD: The sheer volume of requests. As the NFL continues to expand into new markets, that means more games, more credentials, and more staff.

How is technology helped streamline this process?
We came up with an online application to let vendor employees fill out their own information and submit it. Then the point of contact verifies the employee application and formally submits to our database. It's so much easier because some of our vendors have thousands and thousands of people, it gives us the opportunity to not have to manually type it all.

What do you think the access control and accreditation process will look like in 10 years?
We've talked about creating an app, so contacts can apply directly from their phone. We have also talked about facial recognition, so instead of physically wearing your credentials, you walk into a venue and a facial recognition system allows access. That would be amazing.

Do you have any advice for other large events that need a system around accreditation?
You must have one database for all credentials. Zones and multiple access points can all be displayed on one credential. The last thing you want is multiple credentials around somebody's neck, that becomes an issue for security and safety. It's easier for security companies to look for one zone name, number or color.

So, during the Super Bowl, where are you located?
Gameday morning beginning at 2:00AM, I am located at Gameday Staff Check-In within close proximity to the stadium campus. This is where 10,000 gameday staff are able to pick-up credentials prior to heading to the stadium. During the game, I'm located at the stadium to work on additional game operations.

What's your absolute favorite part of this process?
My favorite part is the ending. I like to say my job ends when everybody else is just getting started. You'll never truly understand what it's like to work a Super Bowl until you do. I will never forget the end of the game at Super Bowl 50 where I stood on the confetti covered field looking back on the months of work that myself and the team did. The months and years that 40,000 people at Super Bowl put into this one event is incredible and something I'll never forget. 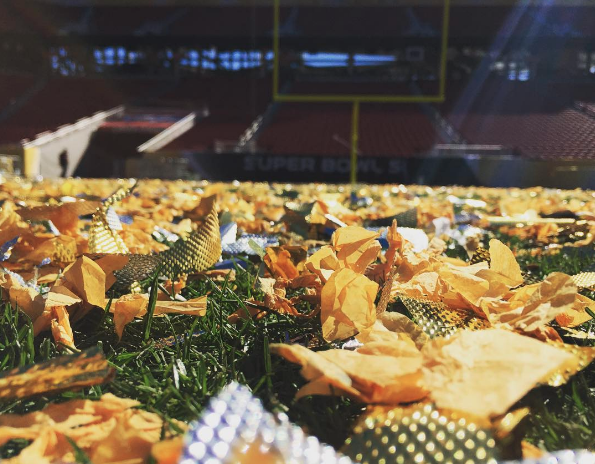 "You'll never truly understand what it's like to work a Super Bowl until you do."

What are you most excited about learning more about?
I'm excited to learn more about overall operations. I may handle access control for Super Bowl, but am excited to be involved in additional operations my team oversees including Gameday Staff Check-In at Super Bowl and Red Carpet at Draft.

What career advice do you have from your experience?
Never say no and take every single opportunity that's ever thrown at you.  At the time, it may not seem the most glorious and it may seem like you have absolutely no idea what you're doing, but it's all about learning and expanding your experiences. Always look at these in a positive way knowing you were given those tasks for a reason. 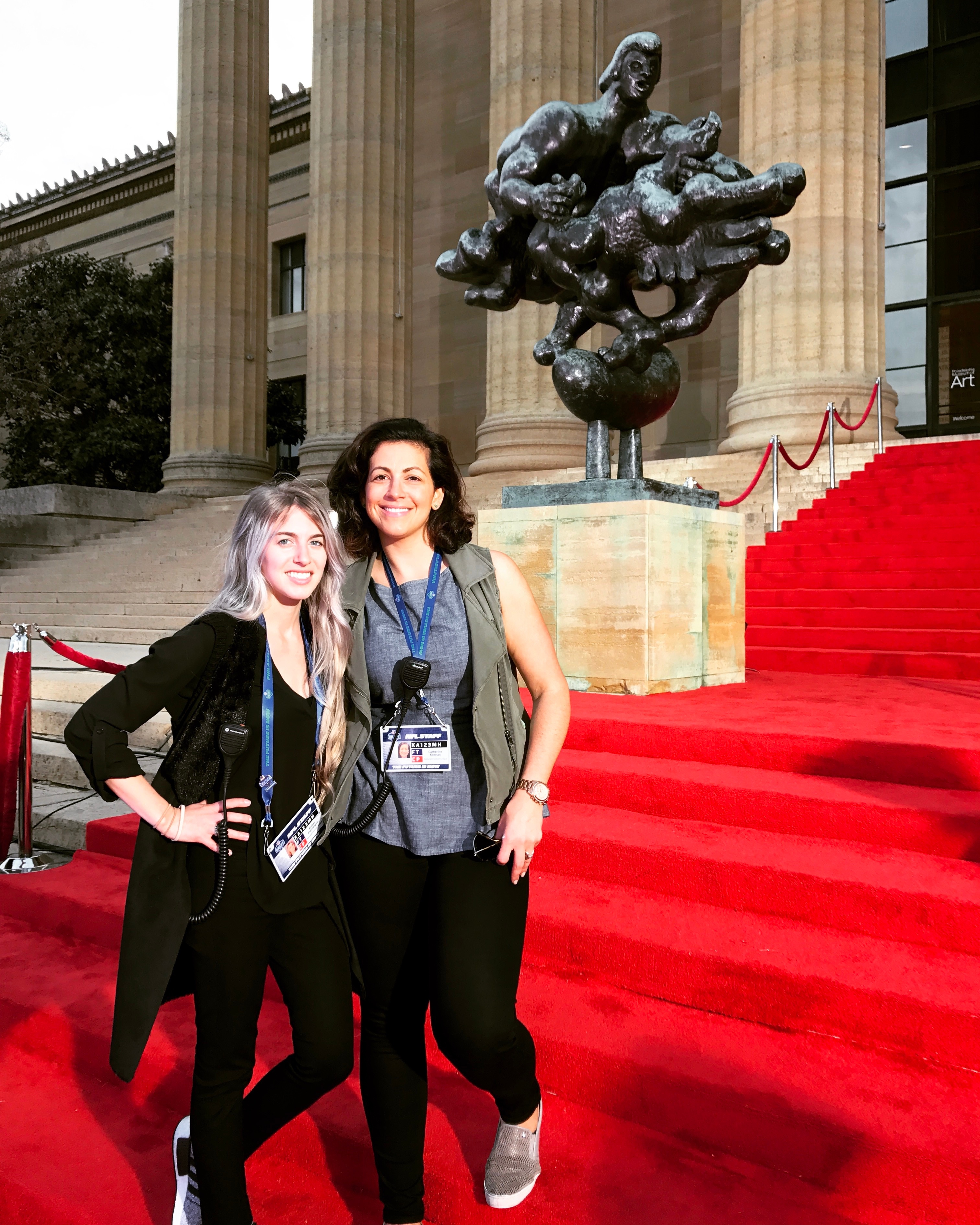 Parting wisdom?
Never say no and take every single opportunity that's ever thrown at you.

"Take every opportunity that is thrown at you."

ABOUT LENND
LENND is the event production platform for the modern event team.

LENND's comprehensive platform helps event teams manage all aspects of the logistics and operations process. From incoming requests, approvals and management of inventory needs and credentials, to document management and tracking, to production scheduling, workforce management and more. The future of event operations is here. 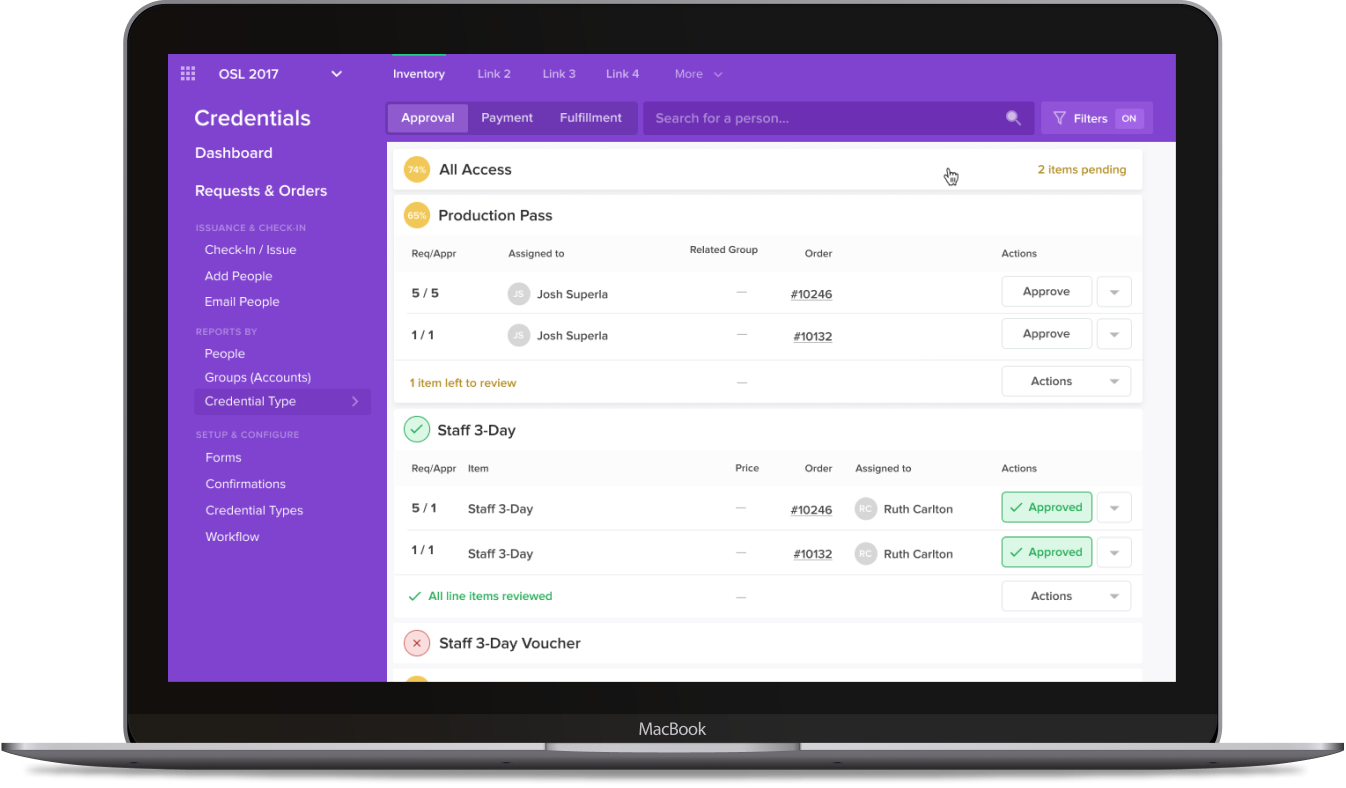