I find it fascinating how infatuated we are with start-ups who are disrupting their respective industries (Uber, Airbnb, Oculus, Postmates, Warby Parker), but we rarely hear about those transforming the non-profit industry. And if anyone has done it over the past 10 years, charity: water is definitely a pioneer.

If you're not familiar with their annual charity: ball and you're in the event world, I might suggest you get out the old Moleskin. We sat down with charity: water and charity: ball's Chief of Staff, Lauren Letta, to find out how they continue to blow people's minds year in and year out.

Ready Lauren?
Yep. Let's do it.

Where did you grow up?
Ohio

Oh boy! My wife just got really excited. She's from Ohio.
Nice. We have to stick together.

So, what was 10 year old Lauren Like?
Independent, creative, wild, quirky, OCD, peacemaker

And now, if your friends were a little tipsy (2-3 glasses of red) how would they describe you?
Independent, work-aholic, direct, opinionated, funny, loyal, determined.

If this picture is any indication, I'd bet they'd say a "big heart" as well. 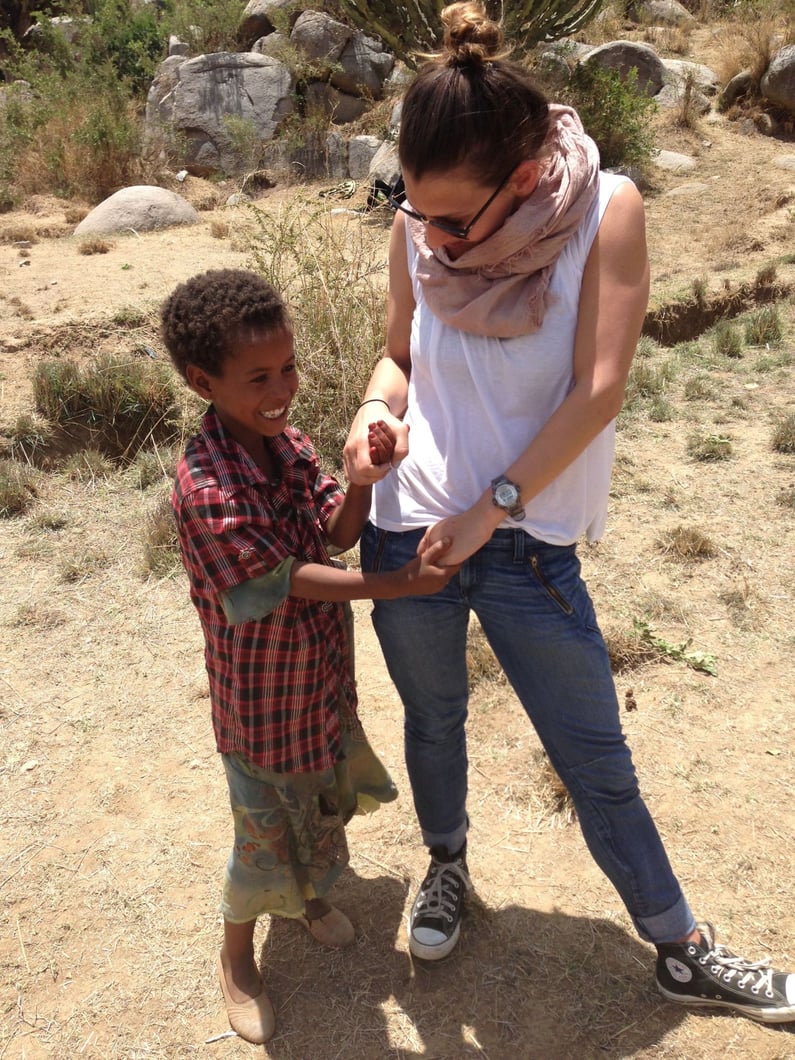 And when you’re a little tipsy, what are you drinking?
Red wine typically :)

What’s your spirit animal?
We just contemplated this at a team meeting. I think we decided I was a leopard or some type of wild cat. 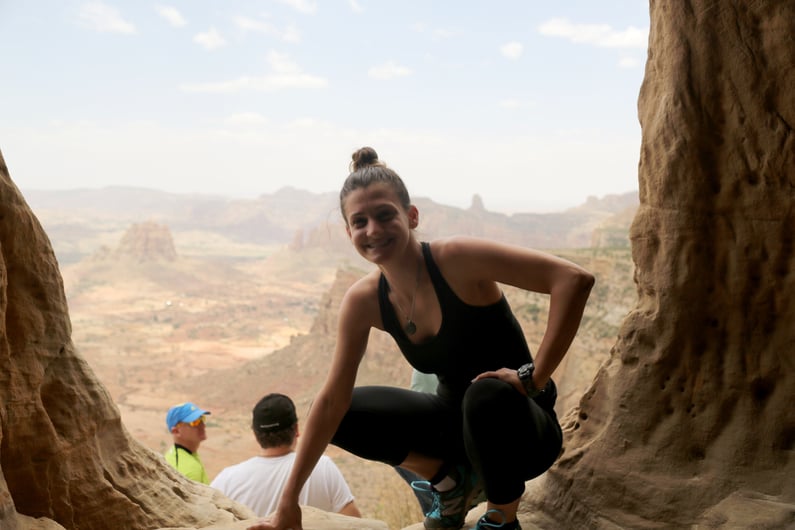 If you weren’t running the show at Charity: Water, what would you be doing?
Hmm, that's a tough one. Maybe trying to make my way back in fashion working alongside a young designer. Or dabbling in the restaurant world. I'm a big foodie. I'm also getting more and more interested in studying human behavior. Or just lots of yoga. :) 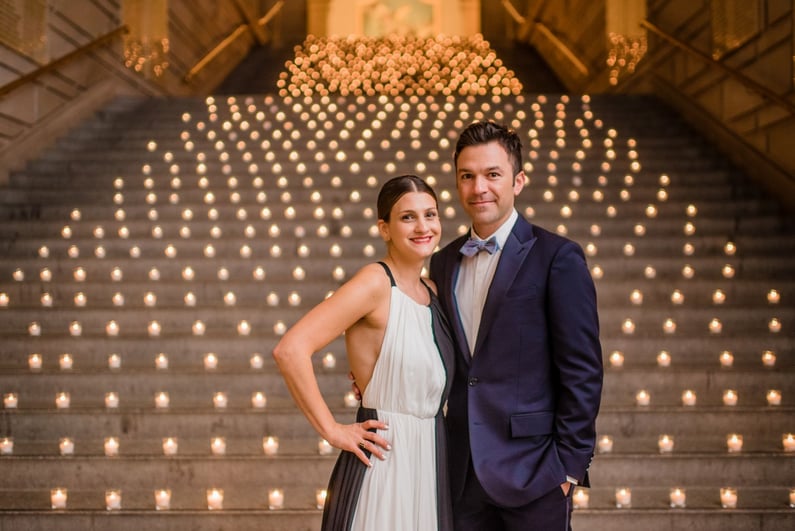 How do you describe what your Chief of Staff role at charity: water is like to your closest friends?
It's an awesome whirlwind of ever changing (and always challenging) opportunities and adventures. I never have one day that looks like the last. My role requires me to constantly adapt to the needs and priorities of the org and the CEO, whatever they may be that day, week, month or year. It's definitely not boring and I learn something new every day. 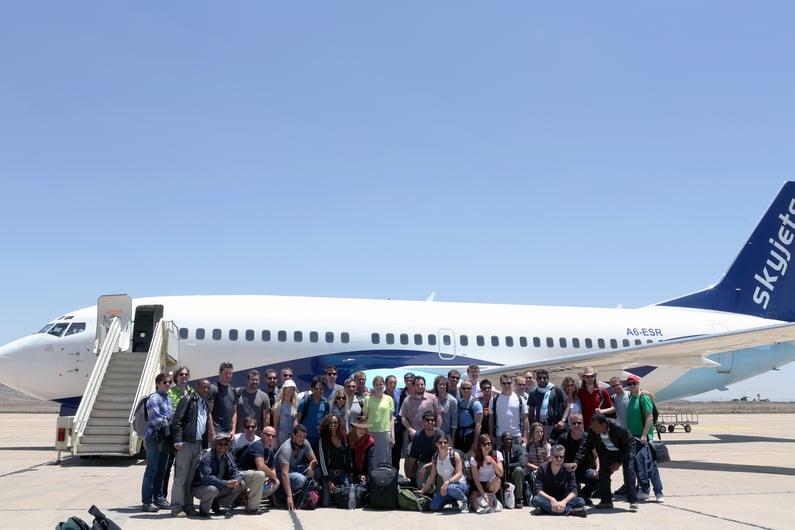 Photo Cred: charity: water - from one of their amazing donor trips.

In your work-life are you insecure about anything?
Sure, who isn't at times. We're all constantly growing and learning. I think that's the vulnerability stuff -- having the courage to push yourself to a place where you don't feel comfortable or confident but you're still willing to go there.

So, in 10 years, what do you want to be most proud of when it comes to your work?
I want to be someone that people want to work with/for/around/alongside because I help them be more successful.

Well, I think it's safe to say all of these people feel that way: 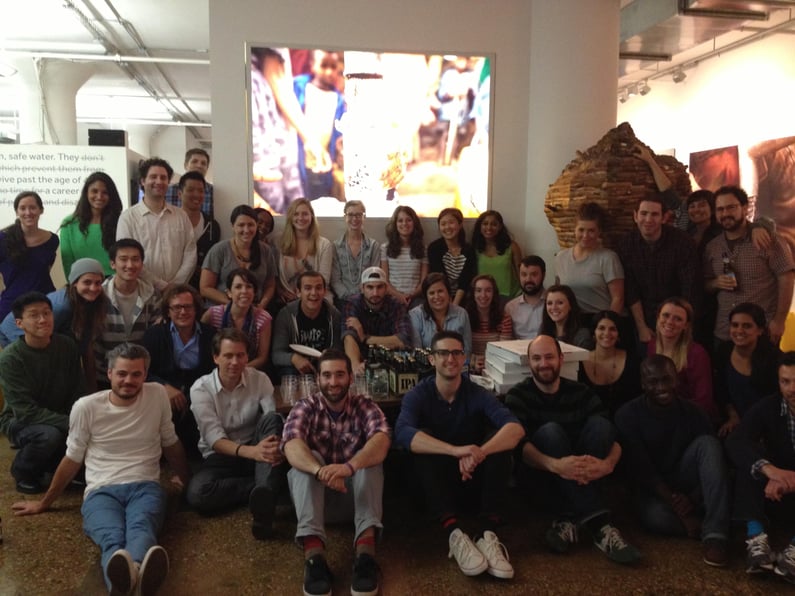 First, how much have you raised from the event over the years?
The past 6 galas have raised around $13M collectively. 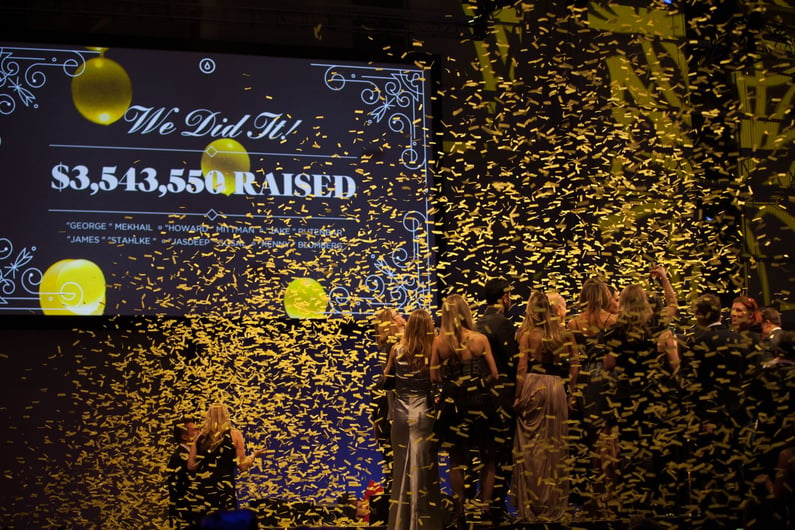 What if anything do you think makes Charity: Ball different than most non-profit galas or events?
We never do the same thing twice, we're always looking to make the experience better, different and more innovative. It's not a cookie cutter event and our guests can expect something different and fresh every year. We've recreated a life-size drilling rig, had a 20' jerry can balloon exhibition, and this year we'll introduce Virtual Reality. 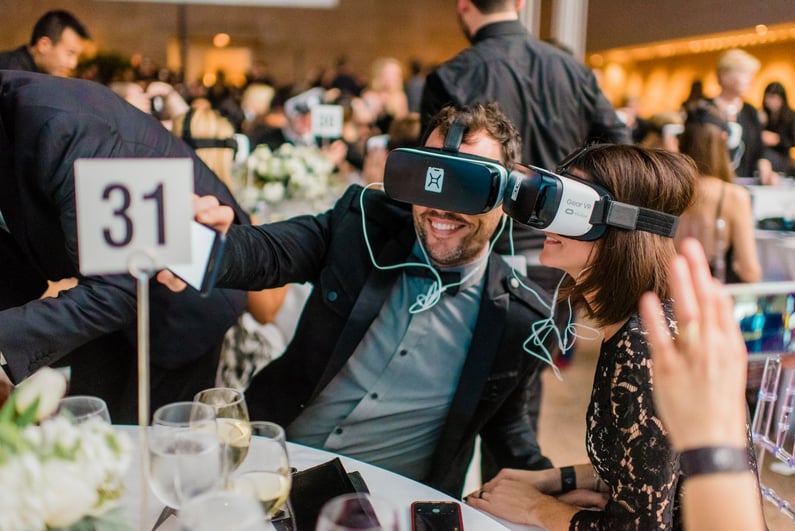 We've also loved the idea of democratizing giving at our Galas, we've looked for ways to engage every single person and give them an opportunity to make a difference, like walking on a catwalk with a Jerry Can to see what it's like to walk. 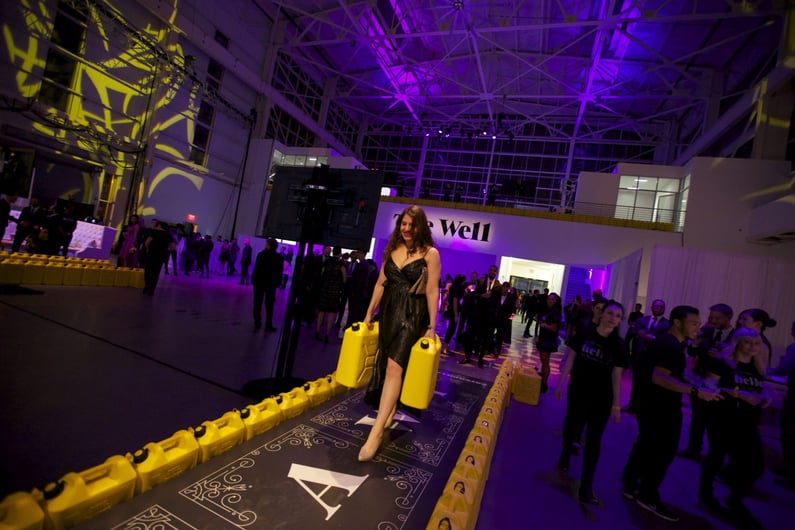 Photo cred: The charity: water photog from the 2014 charity: ball

Have any other events or experiences served as inspiration for you and your Charity Ball staff over the years? (Any examples would be awesome).
Sure, we're always attending awesome events and finding inspiration from different experiences. We adapted a technology used for registration at huge festivals into a custom tool to capture micro-donations at our gala. We're also inspired by spaces we work in, like building larger than life exhibitions to fill up the gigantic Armory space. 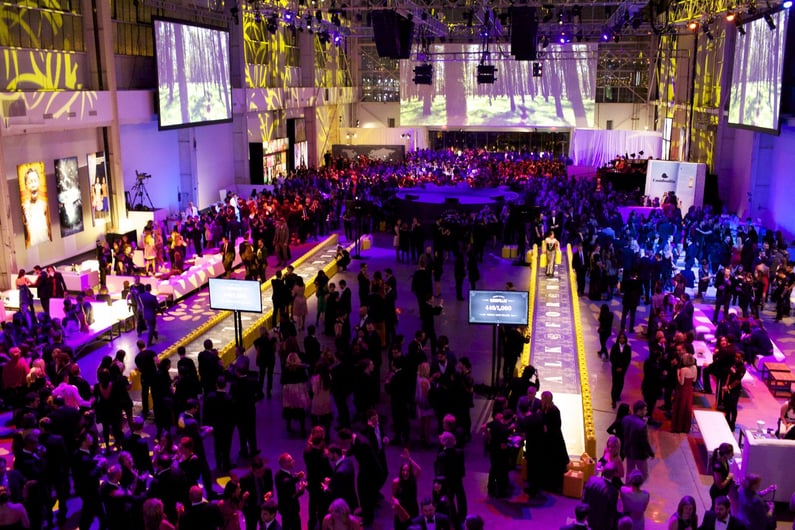 Photo cred: The charity: water photog from the 2014 charity: ball

This year, our gala took place in the Temple of Dendur at The Metropolitan Museum of Art: 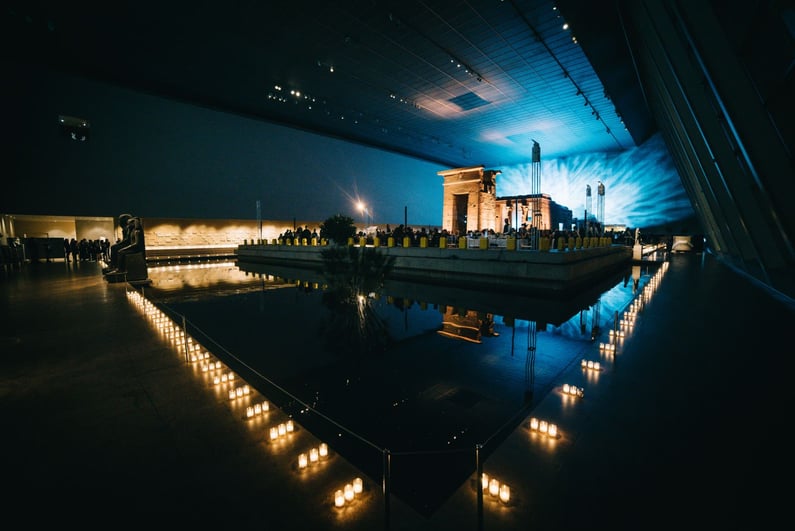 We're super excited about the juxtaposition of having a futuristic virtual reality experience among ancient Egyptian history. 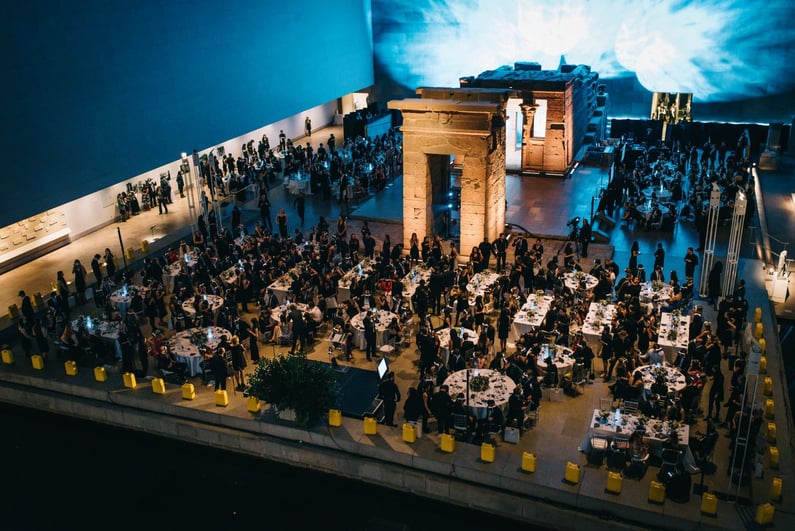 In all of your time with Charity Water events, what have been 2-3 of the most memorable moments?
Hah, do you mean the 2011 charity: ball, when 1000lbs of artwork (the entirety of our exhibition) was accidentally hauled off to a junk yard and shredded 48 hours before the gala. And we miraculously got it all reprinted overnight.

Then there was the 2013 charity: ball, when we had to find a new location for our 2000-person gala with 3 weeks notice after getting kicked out of the Armory for a secret military mission. 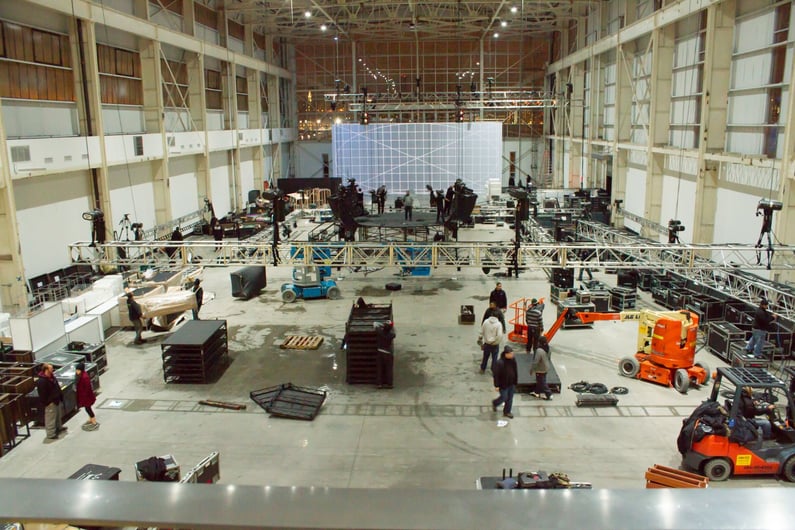 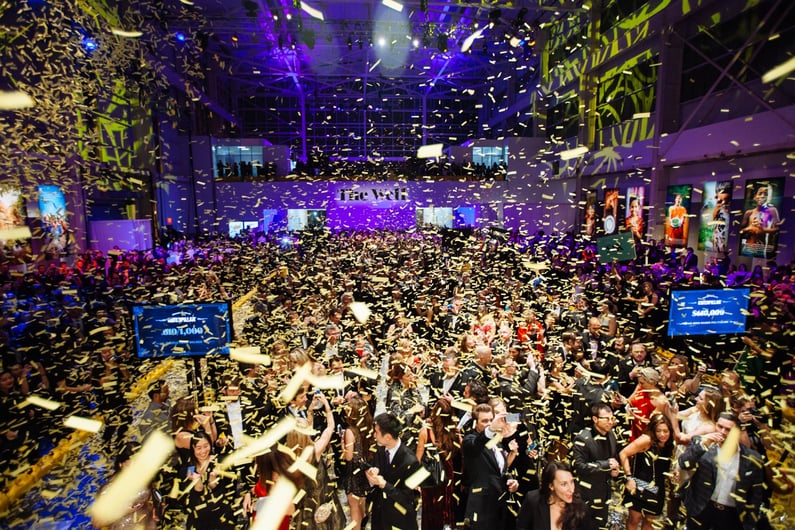 Ahhh, the day in the life of an event pro.

When you think about Charity Ball over the years, what typically have been the 3 biggest operational challenges to launching it?

1. Innovating on the giving experience

2. Creating an amazing experience with a limited budget.

3. Finding new venues that inspire (and fit) us. And that we can afford.

How many Staff, Volunteers, Contractors and Sponsors does it take to put on a charity: ball?
100s. There are so many amazing staff, contractors and great talent. Volunteers alone were 300+. 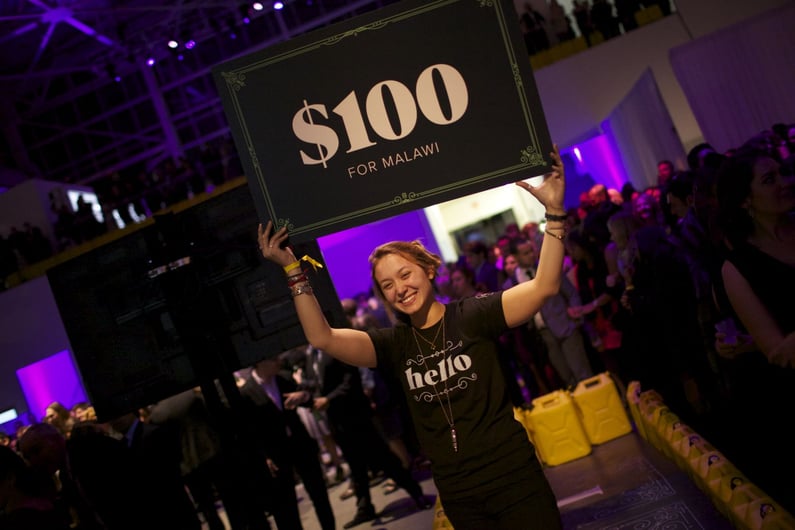 Clearly charity: water has a big vision and has grown enormously over the years. What 2-3 operational tips would you give another organization going through something similar?

2. Invest in your people (give them a great place to work, career development opportunities, mentorship, etc...)

How has your strategy with the event changed over the years?
It's constantly evolving, each year we set a different objective. Three years ago it was all about democratizing giving, last year it was about celebrating all of our many types of supporters and telling their stories, this year it's about innovative story-telling. 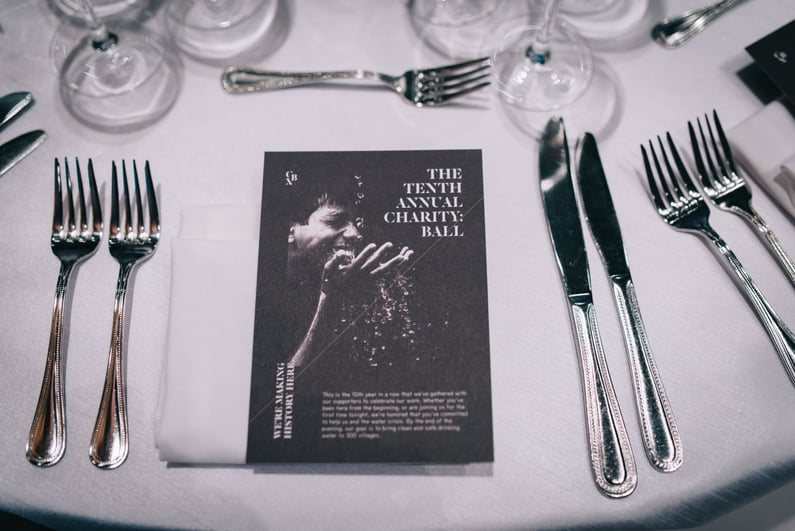 Sometimes it's all about the details. Especially in story-telling.

At this stage in your career, what is the best piece of advice you have received?
The incomparable Brené Brown spoke to the Charity:Water team this week. She's an absolute legend. I personally find the concept of finding your edge and going past it and leaning in to discomfort and vulnerability, to be so compelling and relevant for me in my career (and life) at the moment.

Who would you love us to interview next?
Rob Schlissel of Empire Entertainment. We've worked together on charity: ball for the past 4 years and Rob produces 100s of cool events around the country. 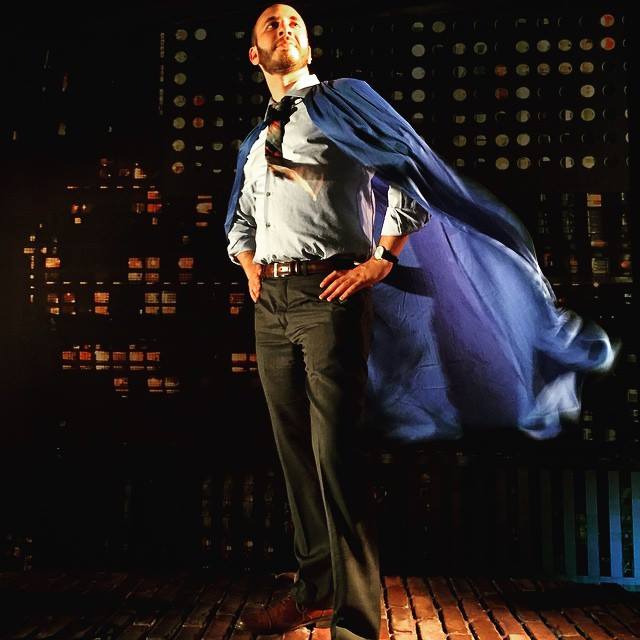 MY TAKE-AWAY
What can I say? She's a freakin powerhouse. #womenruletheworld.

TIS THE SEASON: i.e. DON'T BE STINGY
If you haven't made a donation yet this season, there's nothing like clean water. Click here to support Lauren and the great things she is doing: