Behind the Antarctica & Boston Marathon with Matt West

INTRODUCTION
For most of the people I interview, I really try to enlist the help of their family and friends. It makes my job a lot more fun because they always have the best stories and questions. It's also pretty damn funny to see the person I'm interviewing get sliiiiightly nervous when they introduce me. As if they're preparing to totally get thrown under the bus.

When I asked Matt West (Finish Line Manager for the Boston & Antarctica Marthons) for some names, he just went for it and introduced me to his mom. And the great thing is... Susan West definitely did not hold back when talking about her little angel. 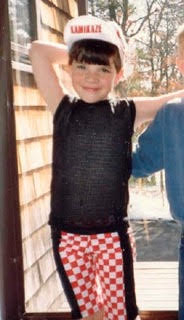 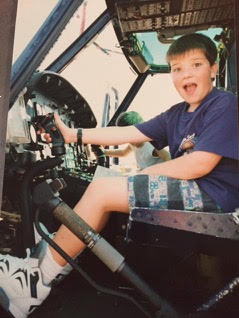 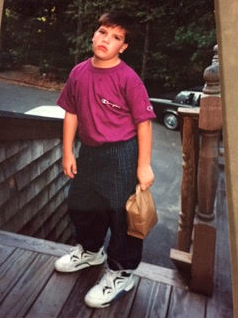 Susan West coming strong with the pics of young MW.

However, she did say Matt was always destined to produce events and gave me this telling example: 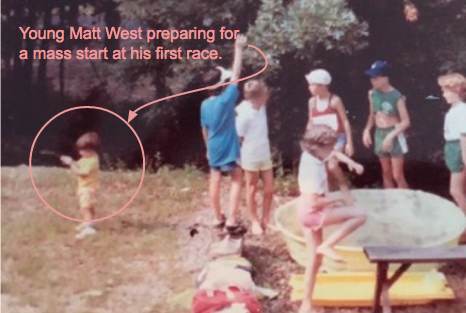 Big thank you for playing along Susan West.

Ready for this Matt?
Heck yeah. I love these.

Soo. I'm going to kick it off with a really important one.
Ok

If I am running a marathon, what happens if I have to take a poop along the course and I am only half-way? HAH. GO BABY GO!

So where did you grow up?
I grew up in Marshfield Massachusetts. About 25-30 minutes south of Boston.

Big Family, Small Family?
Big family. I am the youngest of five kids. 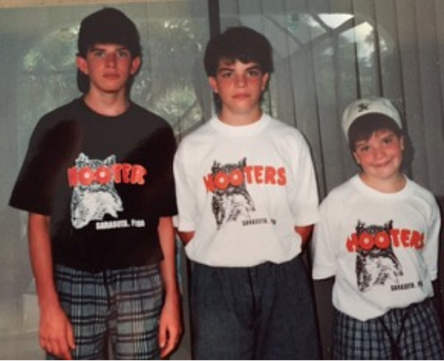 So if you had to pick, who would you pick?

Mark Wahlberg or Edward Norton: MAAAHK!
Tom Brady or Dustin Pedroia: Tom Terrific!Taylor Schilling or Uma Thurman: Uma… I met her parents once.Ted or Lucky the Leprechaun: TED!
Ted Williams or Tom Brady?
You know, I have to go with Ted Williams. The history behind him is incredible. He played baseball, went to war, came back and kept playing. Whooo Does that!?! 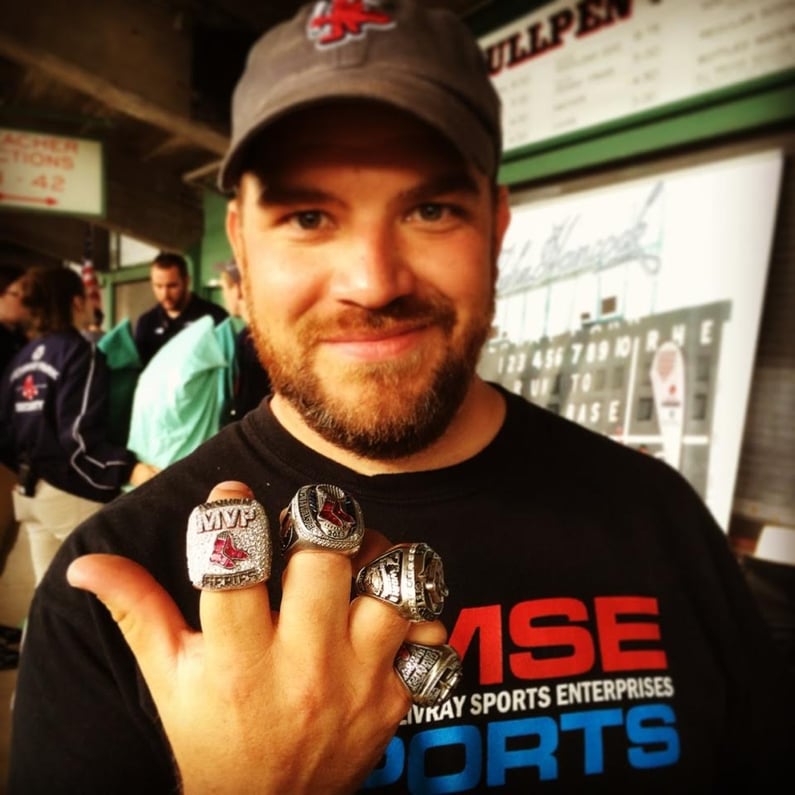 MW showing off a little hardware

Who do you think would win in a race (Marathon Distance): Boston PD or Boston Fire:
I plead the 5th. I need both of them on my side.

You’re ready for politics my friend.

So, If your friends were a little tipsy (2-3 Pints), how would they describe you?

That’s riiiight. I forgot you’re from Boston. Maybe you should double that.
Hah. Ok... So if they’re not to the point where they are saying “I love you maaaaan”, they’d probably say I’m a pain in the ass, more than anything else. Yeah. A pain in the ass.

And if you’re a little tipsy, what are you drinking?
A goooood IPA 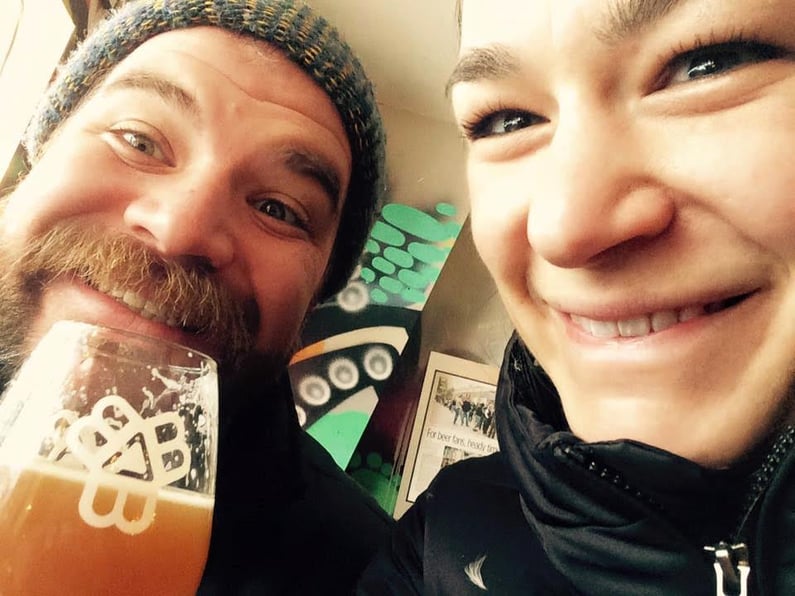 Matt on his 6th IPA.

In your work-life are you insecure about anything?
Oh wow! Getting deep.

Well, I get to work with some of the most amazing people in the world and the best at what they do. So making sure I am operating at the same level is constantly on my mind. It’s definitely intimidating. 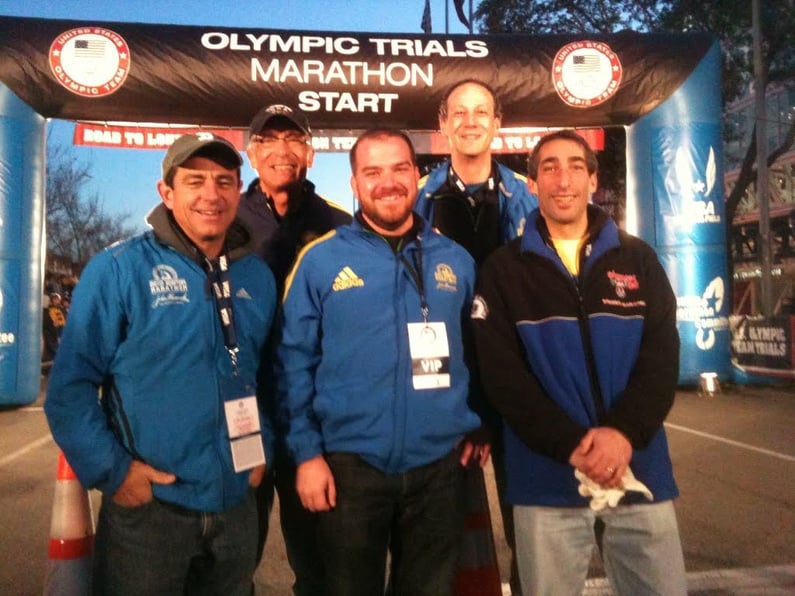 Now doesn't that feel good to just let it out.
Maybe I should I be on a couch for this?

If you could interview any artist, athlete or individual (living or dead), who would it be and what would you ask them?
I think George Carlin would be incredible. And I'd ask how he came up with "The Seven Words You Can’t Say on tv".

Hah... Keep going.
Yeah, yeah (smirk). So... when I am home and I happen to get a Saturday free. I love to wake up and listen to NPR. I absolutely love that time. His voice just calms me down. It’s my time. It’s soooo awesome. And so my girlfriend and I call him my spirit animal. 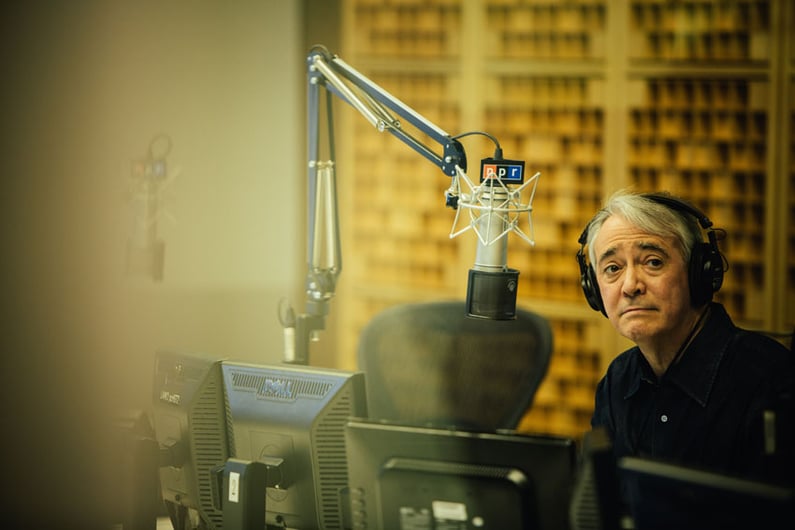 Clearly I thought long and hard about that one.

I just appreciate the effort.

I understand you had a chance to meet President Obama?
Yes I did!

So what did you say to him?
Well, you have to realize this is one of those hand shaking lines. But it was a small enough group where he was able to spend a couple of seconds with each person. Nothing too extended though. So... I thanked him for being there, and asked him if he was going to run the 118th Boston Marathon. He had this firm grip on my hand and my shoulder. I swear it felt like forever. It was like 50 seconds max.

At first, I think he was kind of taken a back a little. Then he basically points to his security guards and says “there’s no where for me to train, see those guys over there... they don’t even let me outside of the White House. I can barely run around the south lawn”.

I guess he has a point, but I almost had him :) 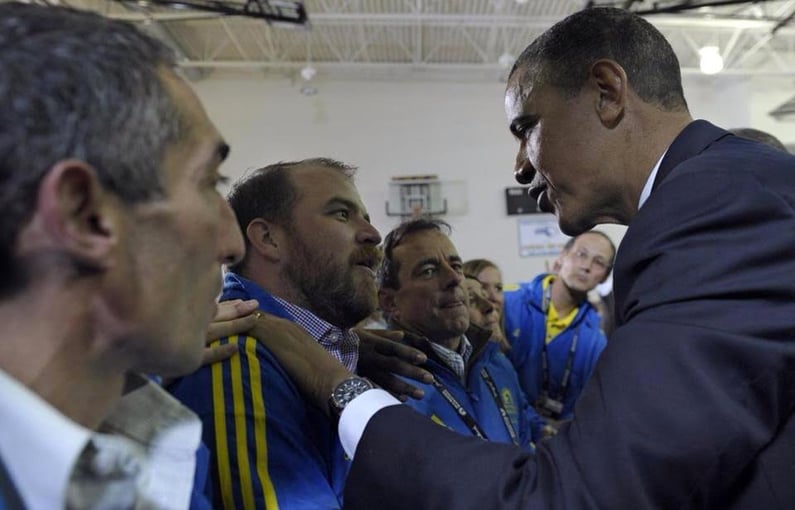 What is your favorite part of the event production process?
The relationships that you build with people, because you’ve worked so intensely on this product with. Whether it’s the staff, the state, the cops or whatever, you all are putting a ton of time into this awesome thing for people to get out there and enjoy, to run, to be fit. The relationships that you build are just amazing. 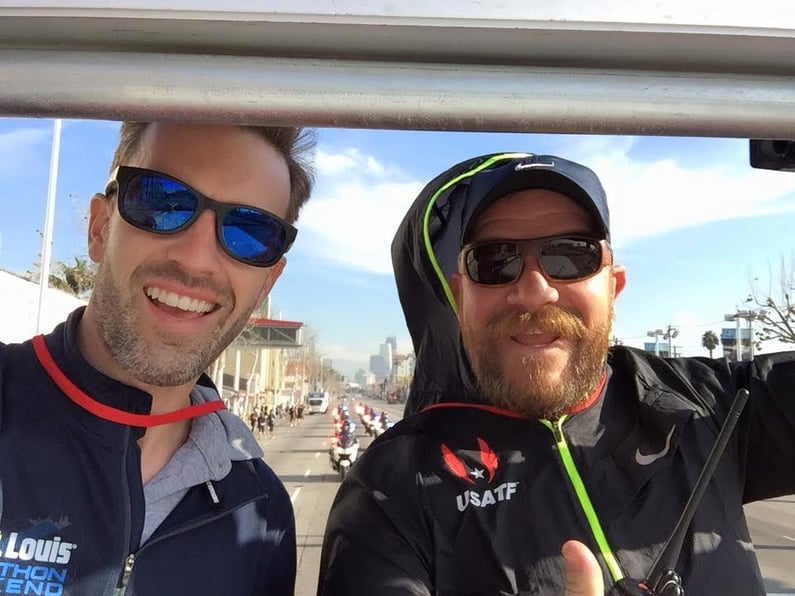 Are there ties in a marathon?
Nope… This aint hockey!

Is there an appropriate way to hand off water to runners if I am manning an aid station?
Of course. Palm of the hand on the bottom of the cup!

What happens when you lose a motor scooter on race day?
Oh boy. Sounds like you talked to someone.  Short answer: You pay for half of it. You want to hear the story?

And the longer answer?

Well... we direct this 25,000 person 10K across the chesepeake bay bridge. And we were trying to figure out who was going to drive the lead scooter, so I went ahead and did it. So we go over the bridge and I pull up and park the thing. I thought the owner had it and it got stolen.

Good story Matt, but... is it really considered stolen, if you leave the keys in it?
There's those hard hitting questions again :) 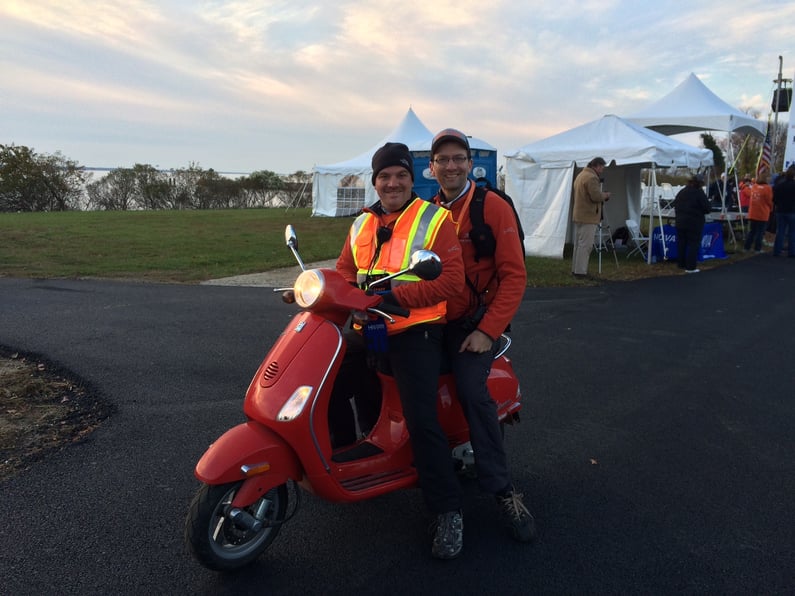 Matt and his scooter: pre-theft

How do you think technology will change the event industry over the next 10 years?
I think it is going to be huge:

FIRST: We’re already seeing it with wearables. That's going to continue to get bigger.

SECOND: I think technology will be fully integrated into the race even more. Dave was just saying how runners want their finishing times, before they even finish. Literally that quick. Wearables like fitbit and the Apple watch are really driving the need for immediate gratification.

AND THIRD: on the planning side of things, we’re going to have to be better with planning technology and communicating with the team, especially with people working all over the place. I mean my team is spread out all of the country. So how do you stay organized together. I think people are just starting to harness what the cloud can do for you.

Music to my ears brother
Yeah and I’m excited to see your platform.

So, what are 2-3 of the biggest production challenges when you put on a marathon in Antarctica?

Hah! Dead Penguins. I’ve actually had to move a dead penguin out of the course. So that was a little curve ball. 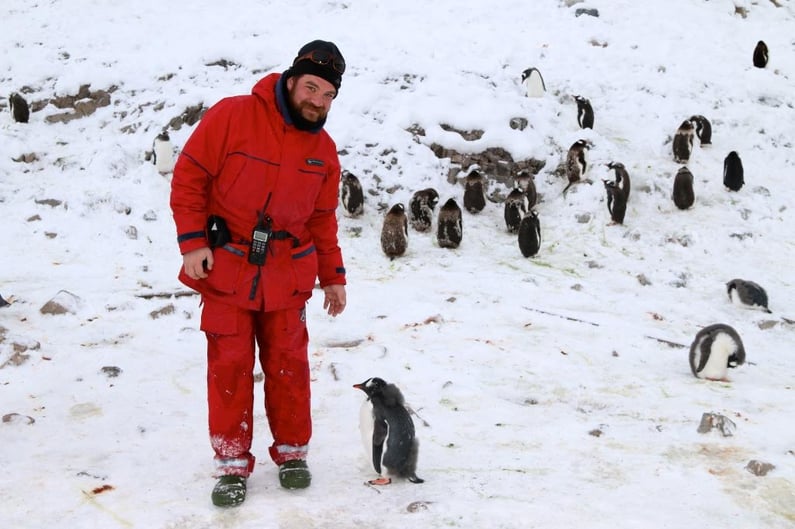 Matt working with the locals to clear the course.

And Medical. Medical is really tough out there. It’s hard. You’re on a ship and then you’re on a small piece of land. You don’t have much support. There’s no hospitals. So if something happens, it’s tough. But there’s a lot of doctors in the race. 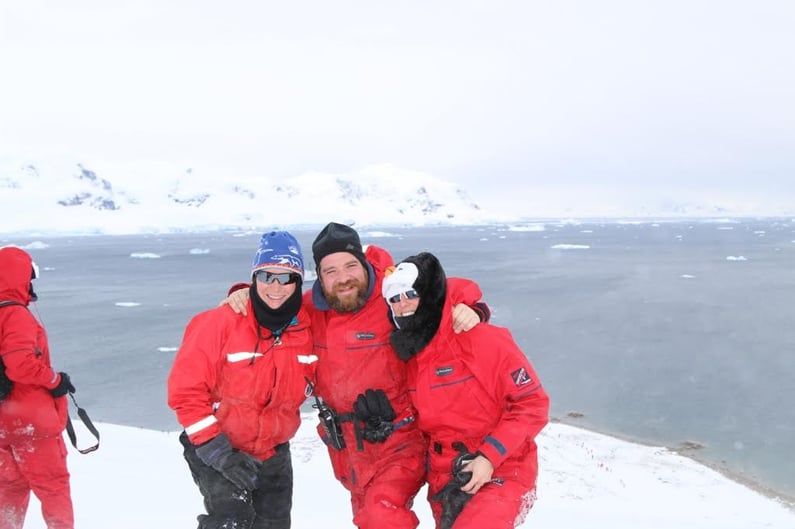 How many days are you on-site preparing for something like the Antarctica Marathon?
So we set sail from Ushwaya, which is in Argentina. It’s 2 days through the drake passage and then once we get into king george island, we have a half day set up. Then we go and do a tour and do the run the next day.  It’s not a very intense set up. 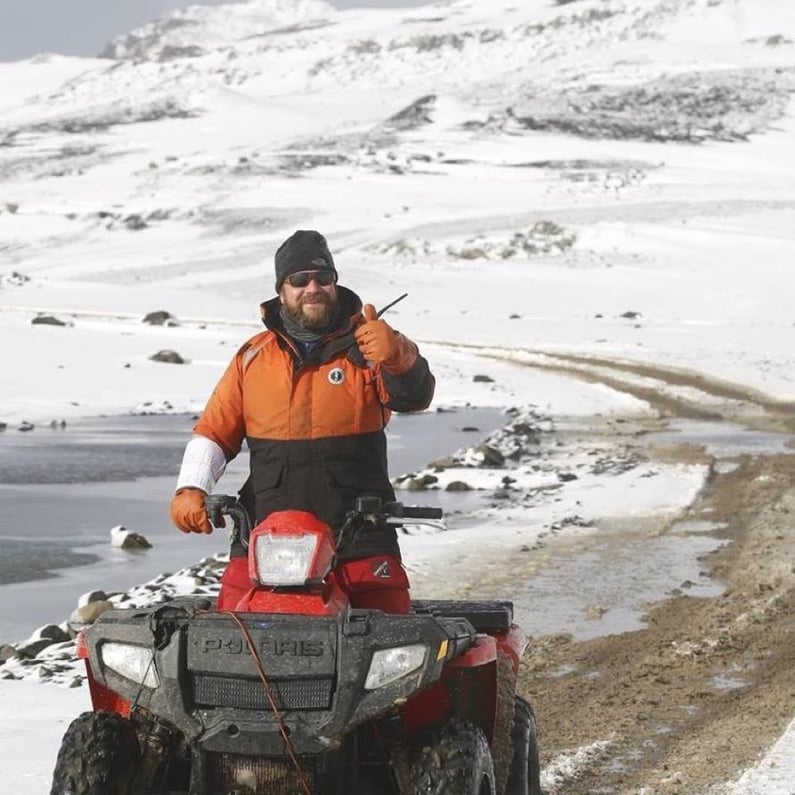 Matt clearing the course at the Antarctica Marathon

I am assuming there isn’t a beer garden and band afterwards, so what is the post event celebration like for everyone?
So there actually is. It’s on the ship. And it is the reason it is one of the greatest races. The runners are on the ship for 3-4 days so they know each other intensly well, so it’s super cool to see the after party. I mean they just finished a race in Antarctica. And there is a great bar on the ship and everyone just hangs out and let’s loose. It’s one of the best post race experiences I have ever been apart of. 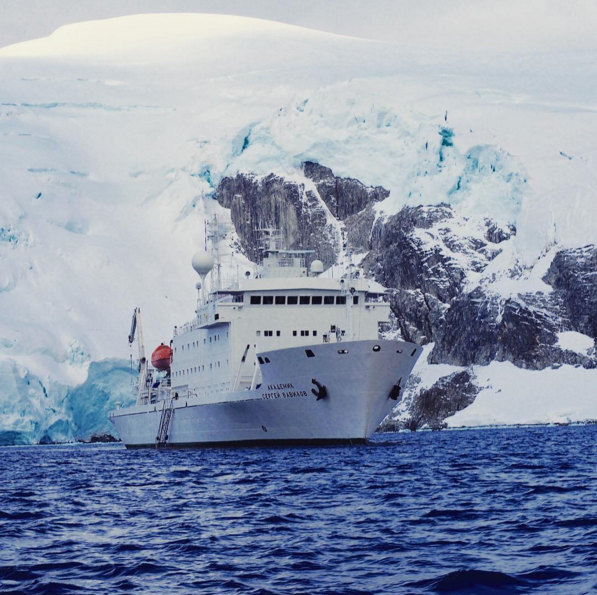 What has been 1 or 2 of the most memorable event moments in your career?
Well, Boston 2013 that whole week was certainly memorable.

But... It's incredible to have access to the events that I have access to. Whether it’s the gracious folks in New York that let me check out the marathon or in Houston or the Trials, I think its the industry in general that make the entire experience amazing. 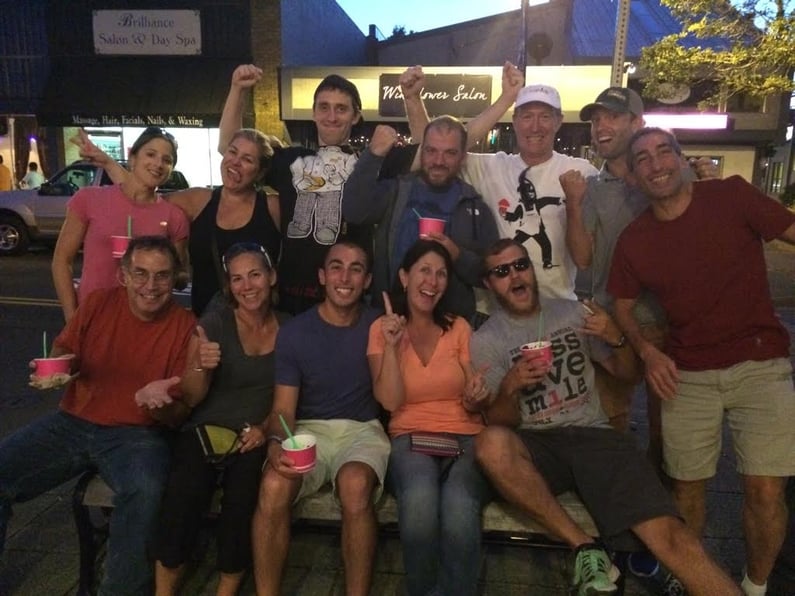 How much do you and the team think about innovation versus consistancy and maintaining the incredible tradition the Boston Marathon has created over the years?
For us it’s bringing efficiencies to the consistencies. It’s about innovating on the small things to keep that consistent feel, to keep the honor, the valor of the event, but at the same time making it easier to get there. Making it easier to get to that finished product.

What career advice would you give your 22 year old self?
I think, be patient and in the end that patience will pay off. Too many kids come out of school and want to go straight to the top. So... be patient, put in the work and trust that the hard work is going to pay off. Someone has to clean the toilet bowls first and then you move up from there. 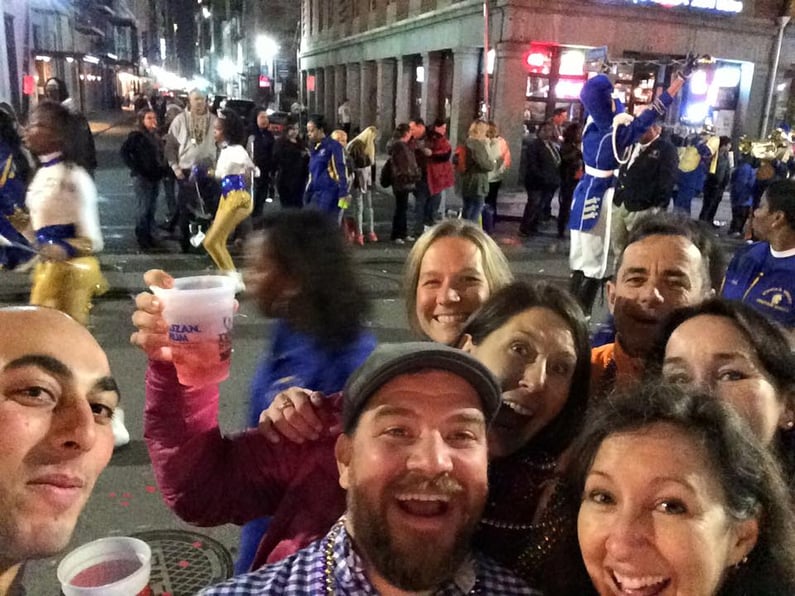 Networking is tough, but someone has to do it.

MY TAKEAWAY
What I loved about my conversation with Matt, was that he is like a little kid playing with legos or building a fort with his buddies when he was talking about his work. He gets this genuine, child-like excitement out of working with his friends, or traveling to a place like Antarctica for an event, or producing something as noteworthy as the Boston Marathon. Like many of the people I have sat down with, Matt has this genuine love for creating incredible life experiences for people that they (and he) will never forget.

And you better believe I asked him if I could be his intern for next year's Antarctica Marathon. (application still pending) 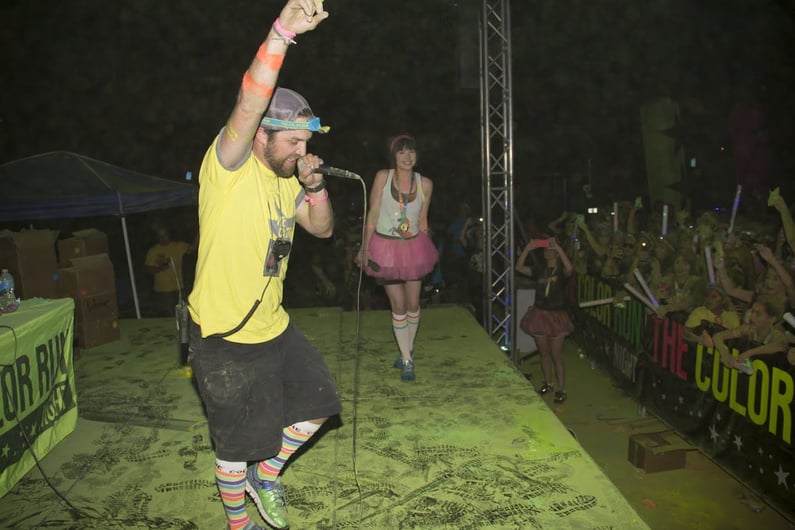 WHAT IS LENND
Lennd is an operations and workforce management platform for events. We're currently in a private beta with some of our favorite events around the globe, but if you want to sign up for early notice as we bring on more events and organizations, you can do that here.