Behind the Festival Technology of the Electric Daisy Carnival

by Chris Carver
Photo by...

For those of you who haven't seen some of the stats from EDC Las Vegas... Buckle up. And... if you oversee technology for your company, I might suggest grabbing some toilet paper. They're mind-blowing:

And that's only one of their events.

Can you imagine being responsible for that network? Well... someone is. And we tracked him down. So get ready to geek out and learn what goes into producing one of the biggest shows in the world with Insomniac's Director of Technology, David Chen. 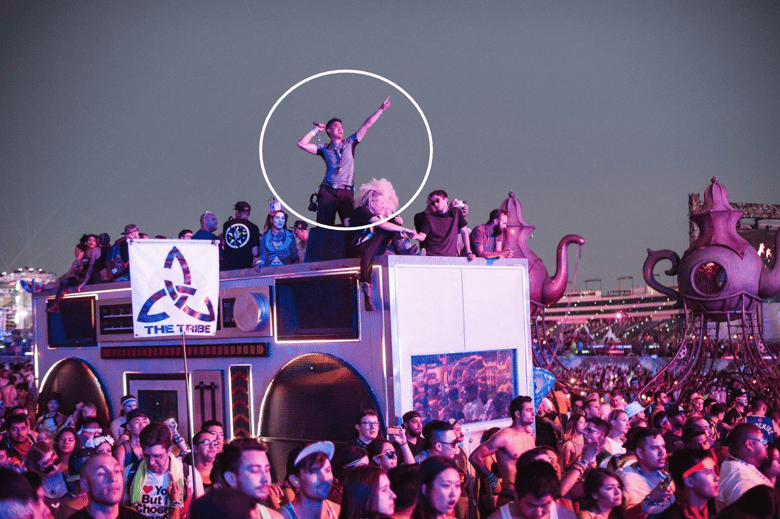 LET’S SET THE SCENE
Do you realize, that at 400,000 people, EDC Las Vegas would be the 48th biggest city in the country.

So outside of the stats, I wanted to know:

- What goes into the technical production of an events like this.
- What kind of skills it takes to do a job like David's.
- His take on the future of festival technology.
- A little career advice and more. You ready to get started David?
Yeah - Let's do it.

Where did you grow up?
I grew up in Silicon Valley.

Of course you did.
Hah. I know. Actually right across the street from Apple and HP in the 90's.

What was fifteen year old David like?
Pretty typical for an Asian kid in the Silicon Valley, taking AP classes, going to my first rave, while also learning basic programming. 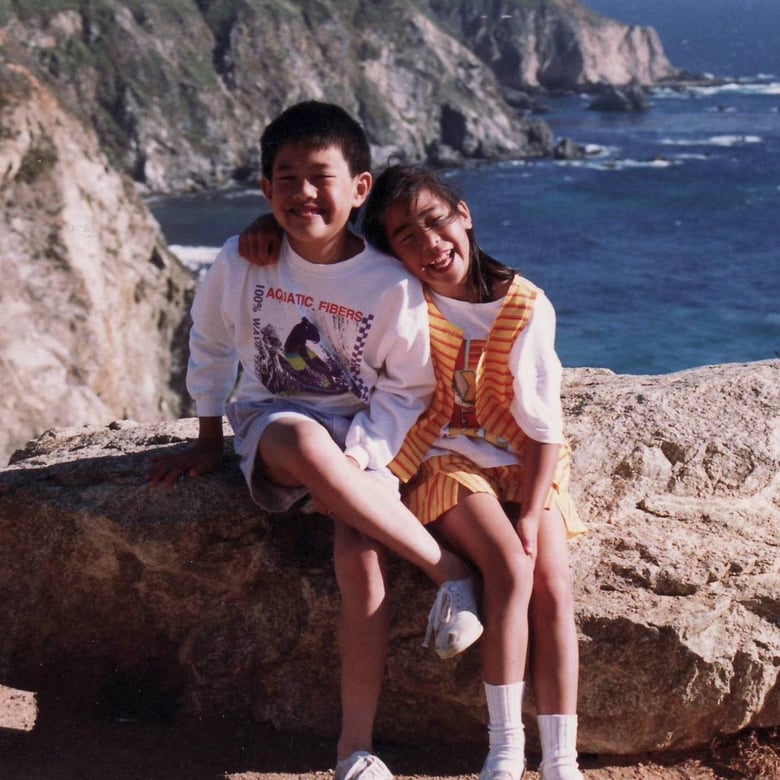 Stole this one from the Chen family album. Although I think it was pre-raving for David.

So at that age, what's hanging on your wall in your room?
49er stuff, Joe Montana, Jerry Rice, etc.

If you were a piece of festival equipment, what would you be?
I'd be a knife because it's useful in most situations.

How do you describe what you do?
I basically manage, consult, and oversee all of the technical aspects of Insomniac's business, including the festival and office IT, and web and mobile app development. I handle things like access control, ticket scanning, internet and printers.

EDC Las Vegas, what's your favorite seat in the house?
On top of the press box on the stadium, on the grand stands. 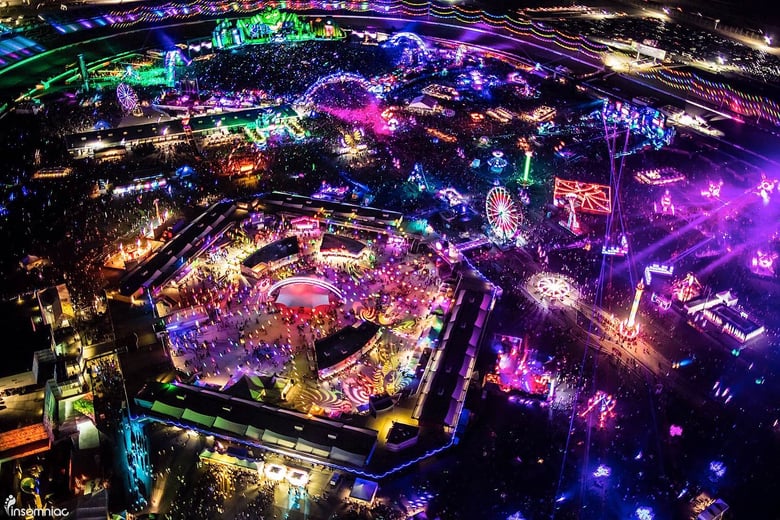 If you weren't working in the event world, what would you be doing?
Probably building websites or products for some sort of tech company.

I understand you have a design background. Are you able to apply your design experience to your job today?
The design experience taught me how to break down problems into their essential elements and then be able to form a game plan and come to a solution by solving each one of these underlying issues, one at a time, in a systematic way.

From a technical standpoint, what are the biggest challenges most people face when producing a large festival?

FIRST: Communication is always one of the hardest issues. There are so many moving parts, especially on a larger festival, plans are always changing. Making sure that you have clear communication lines, being flexible, and taking initiative to change with what's going on is a challenging thing. 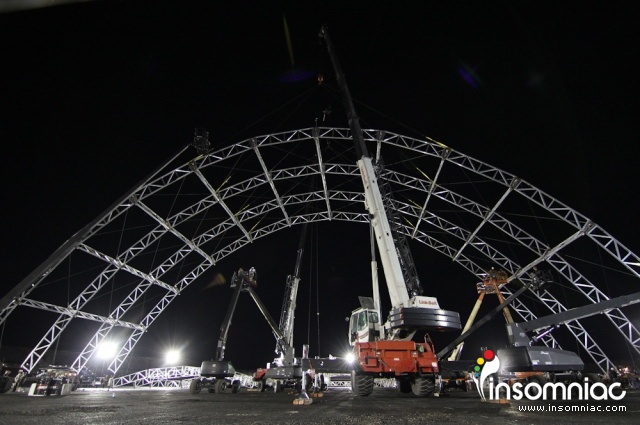 I hear you on that. Tech never seems to do well in heat and dirt.
Yeah - it can be brutal if you’re not prepared

THIRD: Other than that I think it's just the fact that you're showing up to a place that literally has nothing. The middle of a field, a parking lot, whatever it is. It has no infrastructure. To build, basically the backbone that powers every other piece of technology in a festival, is one of the hardest things to do.

When you arrive on-site, what three things are you typically focused on?
I usually take a survey of the site, make sure everything is where it's supposed to be. I meet with the other departments to make sure everything is still on track on time wise. Then I break out the equipment, set up our work space and usually have team briefings.

With so many moving parts and intricacies, our team is typically on-site anywhere from twelve days to two weeks in advance for a regular festival. Now for Vegas, we're there for the whole month in advance.

And the hours really just depend on the show. For regular shows we usually get on-site around ten a.m. and leave at eight or nine. For Vegas we show up at 2 or 3 PM and leave around 4 or 5 AM. 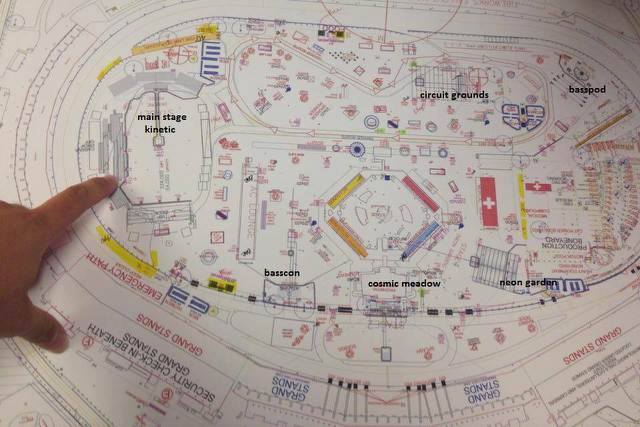 When you think about technology's impact on the festival world over the next five years, what are the top three things you're most excited about?
I think data collection, business intelligence, and applications to visual technologies are probably the most exciting things.

Festivals used to be this technological black hole where people went in and their cell phones didn't work and vendors only took cash. I think the biggest thing will be tapping into that behavior to find out exactly what people are doing and get people connected. To be able to improve the business by actually knowing what's going on at the festival through data versus just gut instincts.

It seems like technology is infiltrating so many different aspects of the festival production process. Is there an area of the production process where you think technology may take longer to have a major impact?
The visual presentation of the stage is a big thing because of the fireworks, lasers, dynamic surface video mapping, holograms, etc. It’s interesting, because what you see now is basically a lot of what you saw from twenty years ago, it's just bigger and a little bit more complicated. It is just taking technology a lot longer to have an impact. 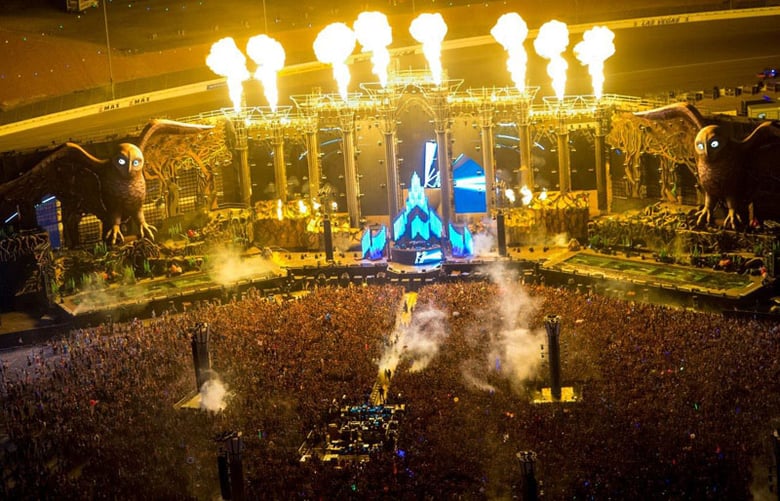 When you're trying to adopt a new piece of technology, what are three things you'd recommend doing when trying to get your team on-board?
I would say the soft sell works better, use a carrot. Encourage people to use it. Give hands on tutorials and walk people through the advantages. Don't ever give up on new technologies just because people are resistant to change. 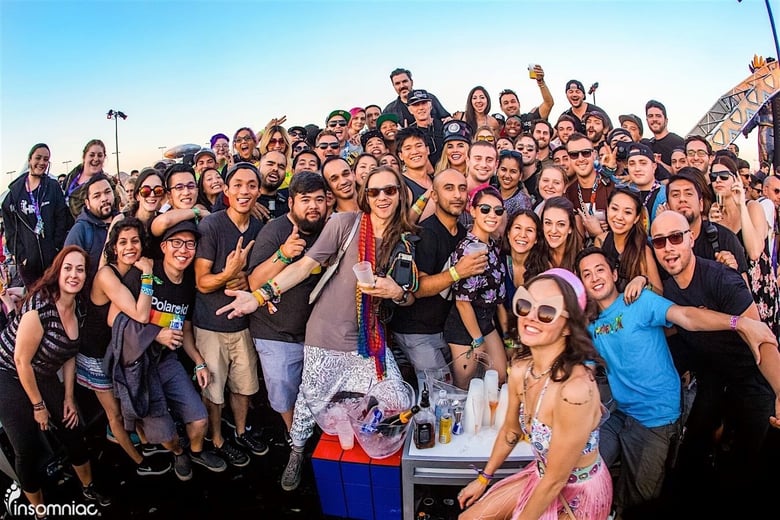 As you think about 2017, what are your biggest priorities from a technology standpoint?Improving data collection, reporting, and business intelligence so we can make smart decisions. We don't want to just be driven by data, but we do want to be influenced and empowered by data.

And obviously figuring out how we can improve the customer experience. That's always a big priority.

As you expand internationally, how much is that impacting your job?
It's tough because in other countries there are different laws for what you can or can't do with equipment and all that stuff. I'm unable to bring my team and my equipment overseas, but we work with partners across international markets. It's up to them to really take point on what we do and how to build the infrastructure that they need in order to do our festivals out there.

If you were to give the State of the Union address to the festival industry, what would your top three points be?
My topics would be DATA, USER EXPERIENCE and the OVER SATURATION of festivals in general.

Data so we can make better decisions. User experience so we can improve the festival experience. And saturation because then it's really hard to maintain that level of standard if there are so many festivals in play. If people have a bad experience, they're going to have that same feeling towards all the festivals.

So in your work life, are you insecure about anything?
Just having the time and understanding to do everything that I want to do. There's a lot of stuff that I'm interested in, but  there's never enough time to do it all. So I really try to work with people that have the same interests and that I trust, so they can achieve what I ultimately want to achieve. 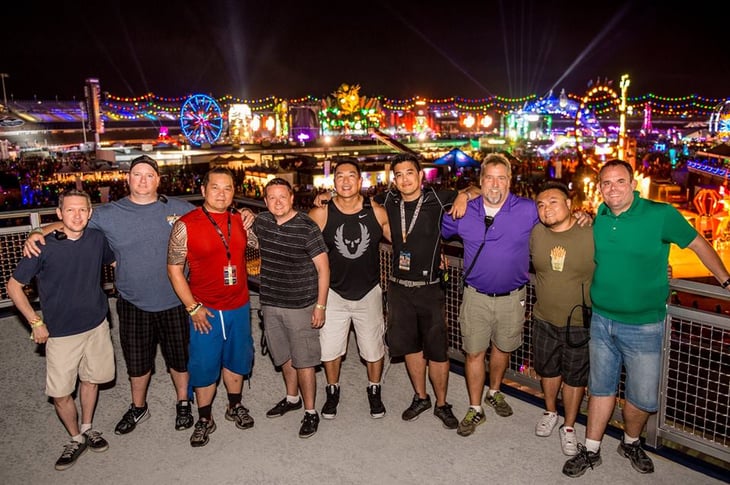 David and his Festival Technology Team.

What's the best piece of professional advice you've been given and from whom?
It was my creative concept teacher back in college, Roland Young, who told me that whenever I get a project I have to be into it a hundred and ten percent. Immerse yourself in the industry of the world that you are working in and learn everything you can before you start working in it.

Do you feel like you're continuing to learn and immerse yourself even more?
Absolutely. Our team jokes that every time we do a festival, no matter if we've done it four or five times before, we always learn something new.

A LITTLE EXTRA
As I was putting this together, I came across a really interesting article and video by Forbes Staff Writer, Ryan Mac. He interviewed Insomniac Founder Pasqualle Rotella and Production Manager Jake Barry.

I thought you would appreciate it:

WHAT IS LENND?
Lennd is an operations and workforce management platform for events. We're currently in a private beta with some of our favorite events around the globe, but you you're interested in a demo add email HERE.