Subscribe
Meet the Producer
Producer of the Largest Halloween Parade on the Planet: Jeanne Fleming
by Chris Carver
@batalanyc

INTRODUCTION
Ever wonder what it's like to produce the largest Halloween parade in the world? No...

I bet you do now.

However, it wasn't just the size of her events that intrigued us about Jeanne Flemming: It was the type of events that really got us excited (like The Village Halloween Parade or the 100th Birthday Celebration of Lady Liberty). These aren't just events, they are experiences that transport us in time. They take us out of our everyday and, most importantly, they make the spectator a participant.

Now that’s someone we needed to talk to. 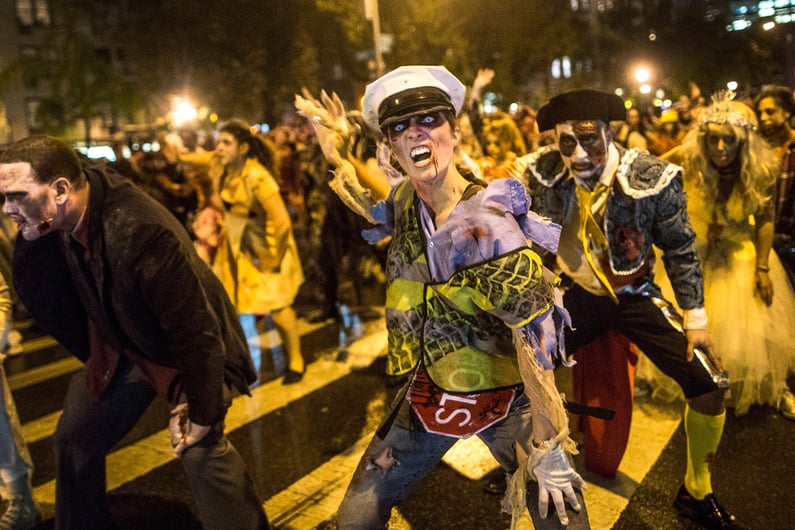 LET’S SET THE SCENE
Jeanne and I caught up a few weeks before Halloween. Of course, I haven’t thought about my costume or what my plans will be yet. But for Jeanne, the night of Halloween consumes a major part of her life, for most of the year. She's basically Halloween's Santa. Except the North Pole is New York City.

Enjoy. I sure did. 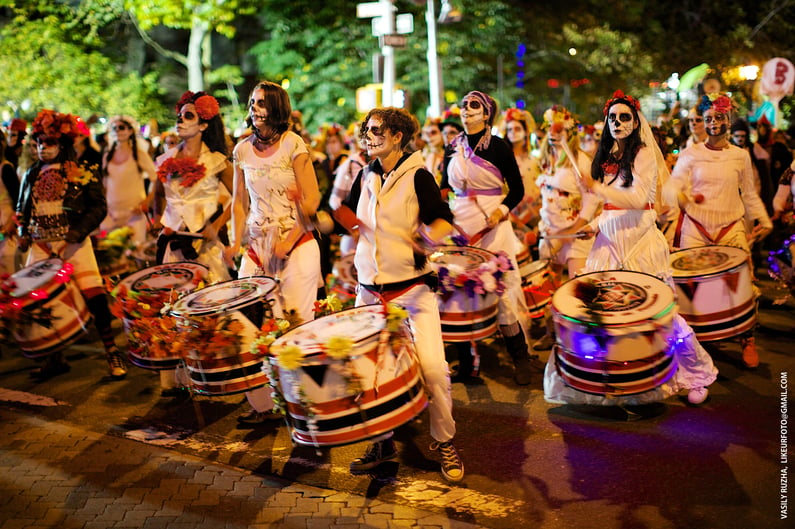 So Jeanne, where did you grow up?
Philadelphia - I grew up going to the Mummers Parade. It's an old Philadelphia tradition.

Speaking of growing up, what was 10-year-old Jeanne like?
I was a competitive swimmer from age 8 - 16. I spent eight hours a day in a pool for years. My mom was making my Halloween costumes at that time. I loved the theatre. Loved that live experience. I was just so bitten by theatre.

Clearly not much has changed.  :)
Sometimes a love like that never leaves you. 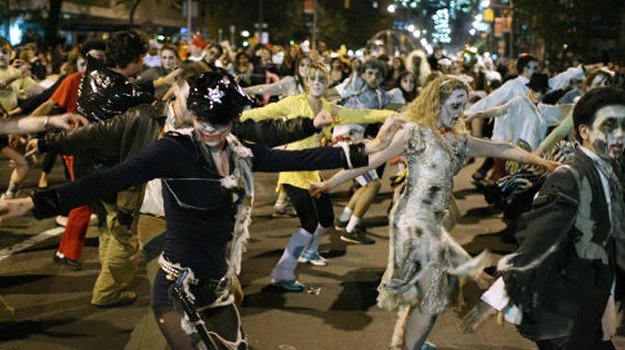 What was your favorite Halloween costume growing up?
I honestly cared less about the coustume and more about the party. So, I threw a Halloween party every year. My father was a funeral director, so he had all of these caskets around. It was the perfect set. People were afraid to come into our basement. I was an expert in cutting grapes to look like eyeballs. I loved the imagination that was required. 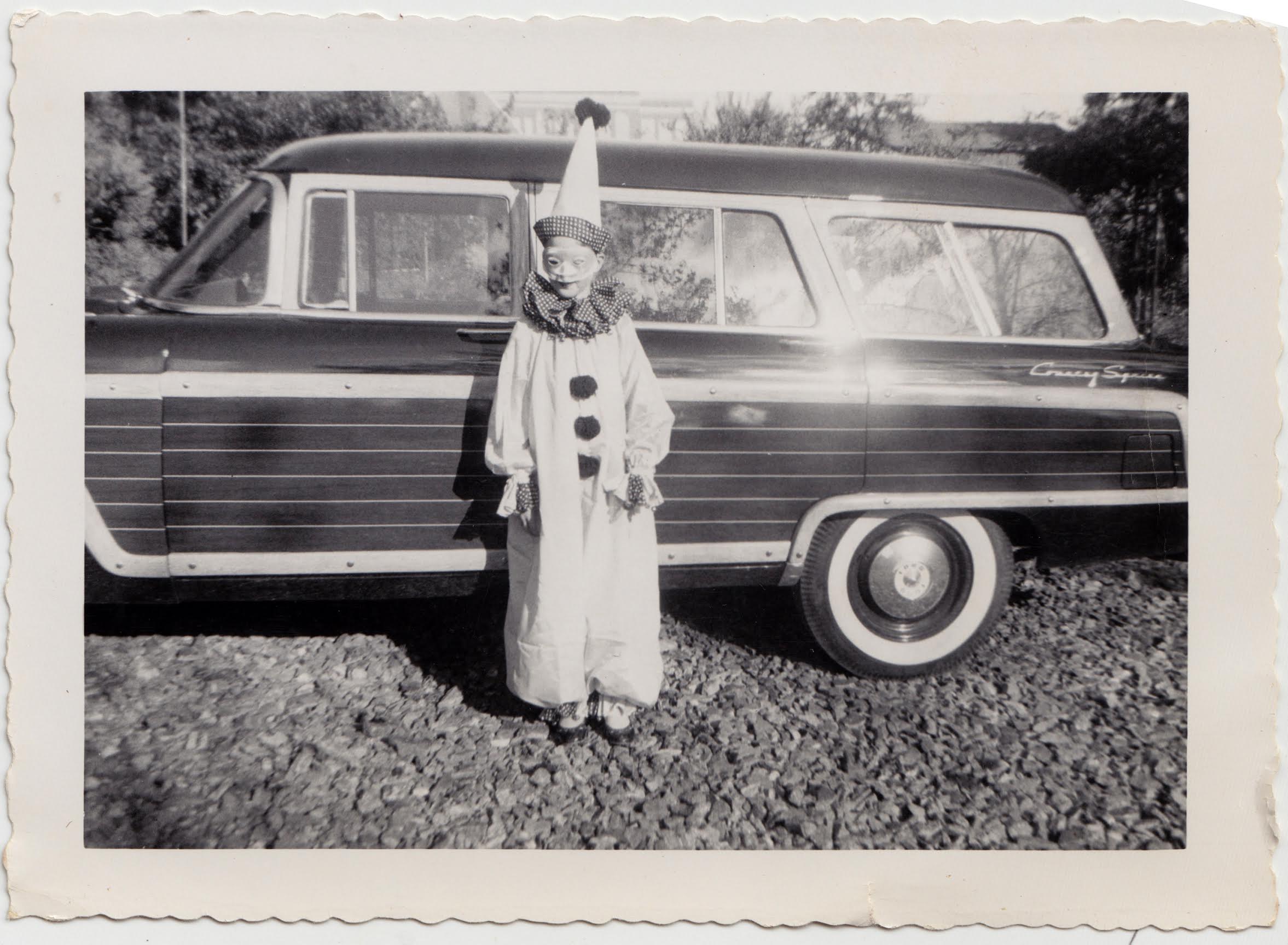 Alright, I want you to say the first thing that comes to mind...
Oh Fun.

Friday the 13th or Nightmare on Elm Street?
Neither. I don’t like the violent side of Halloween.

Do you have any guilty pleasures?
I am not guilty about anything!

Frankenstein or Casper the Friendly Ghost?
Frankenstein. it is a serious story written by Mary Shelley about science and man’s dreams of perfection. Casper is a silly childish figure that does not have much thought behind it.

If your friends were a little tipsy (say, 2-3 pints) how would they describe you?
Over the top. That was the best monday night of my life.

Nice, Jeanne. I need to hang out with you more. 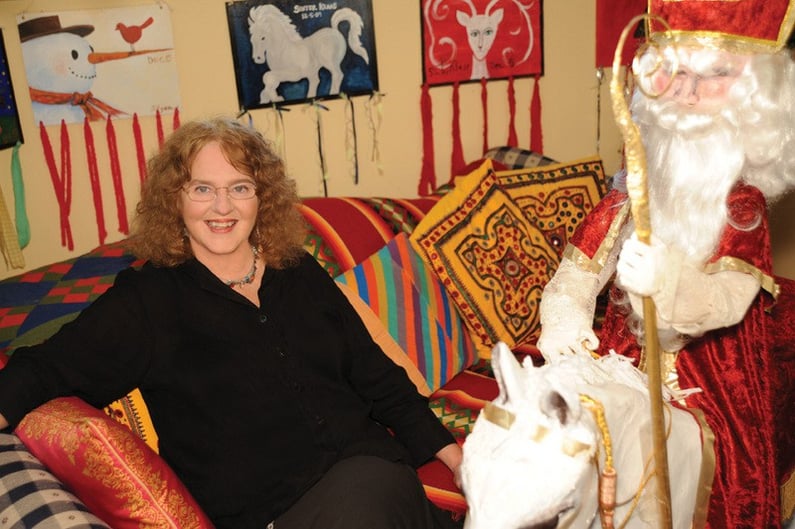 If you weren’t running the parade now, what would you be doing for Halloween?
It actually happened once. They cancelled the parade because of Hurricane Sandy. SOOOO BORING!!!

What’s the funniest costume you’ve seen in the parade?
A 4 year old boy with a giant Godzilla head on. As he walked along his father put out dixie cups for him to stomp!

What’s the biggest operational problem you face with the event?
How to get the folks to pay.  :)

Our single biggest challenge is to figure out how to generate revenue, so we can continue to make it better and better each year. We are a big cultural event. It’s all ages, races, but everyone is in disguise. There is no registration fee to participate, because for us, it is about creating something for the larger community. We don’t want to create barriers to participating. 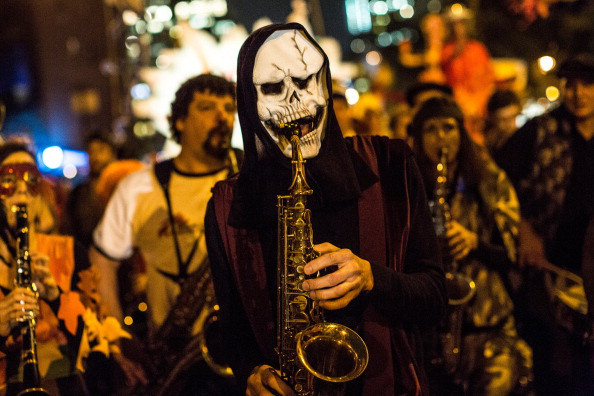 The only rule is to be in costume. And because they are in costume and there is no registration, it is hard to get statistics on all of the attendees. 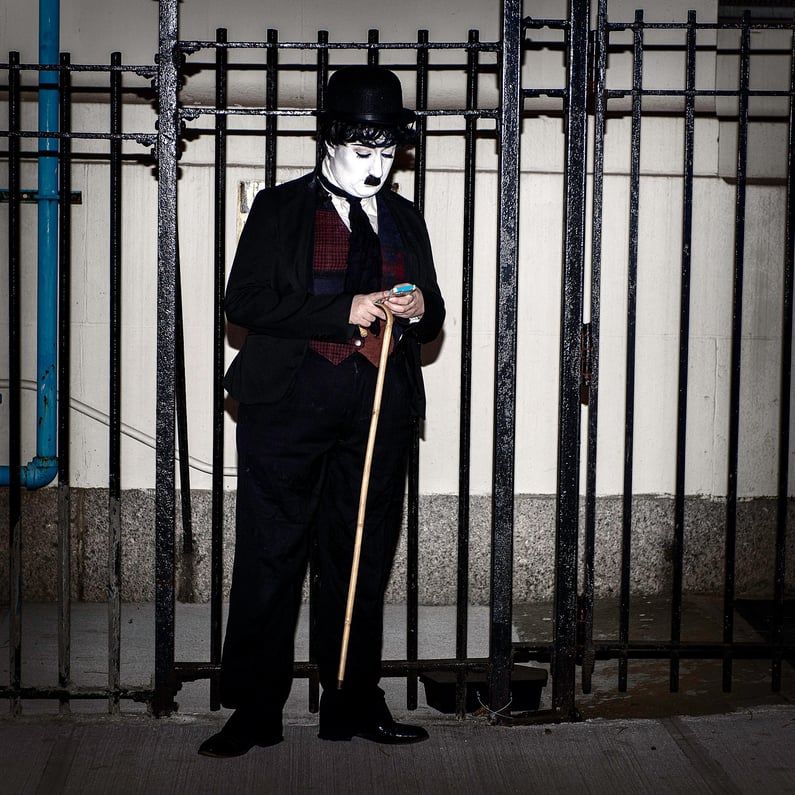 Sponsorship can be a bit difficult as well. Sponsors seem to be so much more interested in shares and impressions on their Facebook and Twitter accounts than the actual engagement with a passionate, live audience (even one as big as ours). We look for sponsors who want to be creative and try something new.

For example, this year we are doing something really fun. We are putting GoPros on 10 different costumes in order to highlight the different experiences each character has. It will be something we can use to attract sponsors next year.

Dear GoPro: seems like an interesting content opportunity to me.
Yes! Now you're talkin', Chris. @GoPro, let's put a camera on this group. So many ideas :) 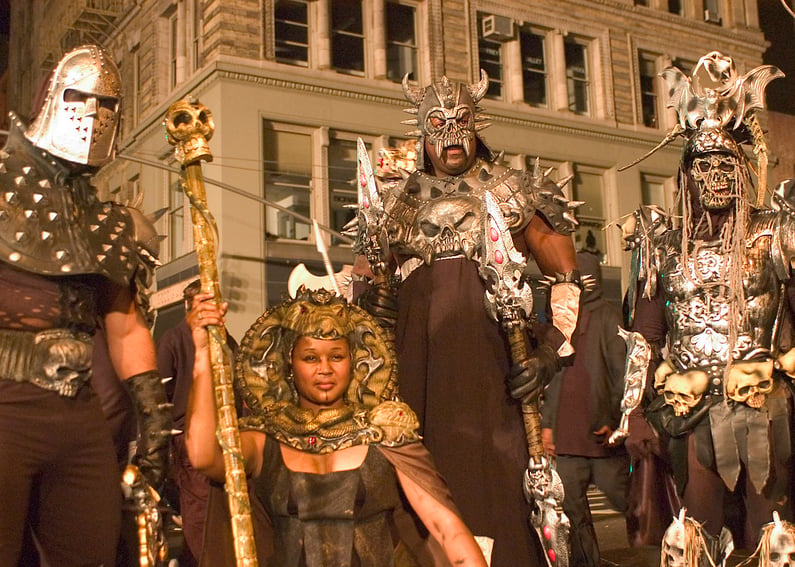 So, why do you think humans love to celebrate so much?
Ahhhhh. A celebration is a chance to participate in something that isn’t the everyday. A celebration allows people to transport themselves to a heightened reality. It gives something life. 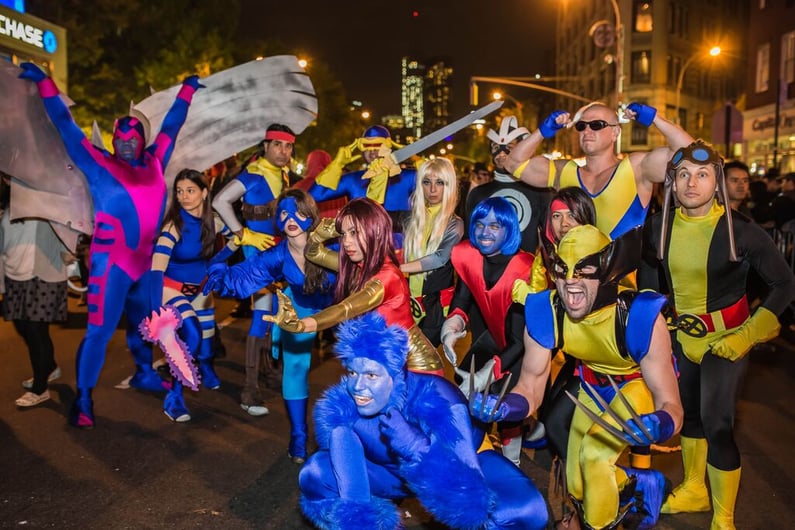 And when it comes to your work on the event, what are you most proud of?
I love seeing the wonder in people’s eyes. I love being a part of the magic and creating that sense of wonder. It can be done in so many ways. The tiniest of details and encounters can do this. It also can be done because of the scale. I love when people are filled with wonder.

I love when people see something or being a part of something that they would never have imagined participating in. 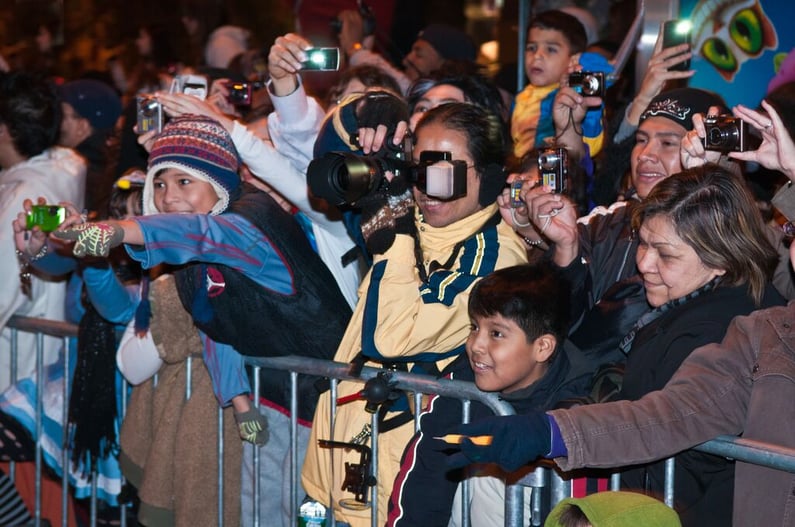 In your years as a Celebration Artist, what event has been the most difficult event to pull off?
Wow. You can answer that on sooo many levels. Some are politically tough and some come with an enormous amount of pressure. I will give you two different examples:

FIRST: The most pressure was the Halloween Parade right after 9/11. It was such a tough time for people. The idea of Dancing Skeletons at the beginning of the parade was hard to comprehend for some. But we really focused on the idea that these were symbols to remind us how short life is and while we have it, we have to dance. I really think it had a profound effect on the city and everyone who was there at the time. 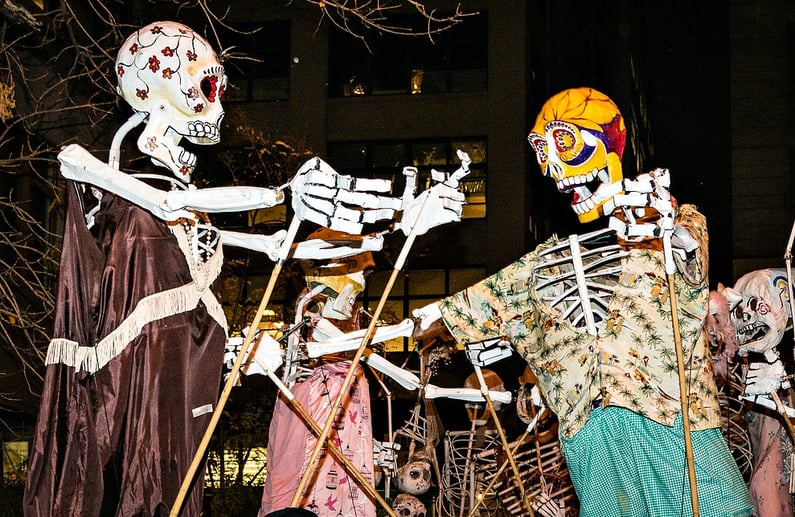 SECOND: The 100th Anniversary of the Statue of Liberty. 12 million people, 87 languages. As the Artistic and Producing Director of the Harbor Festival, I worked it on it for 2-and-a-half years.

The question I was really honing in on, was how to bring everyone together around this one figurehead. I wanted to show the world how we all relate to one another. At the same time I wanted to preserve the individual cultures they all came from. I was constantly thinking about how to preserve the one from many. I was also thinking about family and how to incorporate that in everything.

With an experience of that magnitude, you have to have core themes and questions like that. Then your job is to make sure that that thing is always there. It makes something so complicated, so simple.

At this stage in your career, what is the best piece of advice you have received?
I'll give you two that have stuck with me:

FIRST: The Manager of David Amram (she was like 90 at the time) once gave me the advice to just:

“Do the next thing and do it well.”

I have always had more ideas than I can work on at any one time, but I have found that when I focus on doing the thing I am working on really, really well, then there was and always has been something else after. It's because of that concept, that I get to continue to do the work I love. 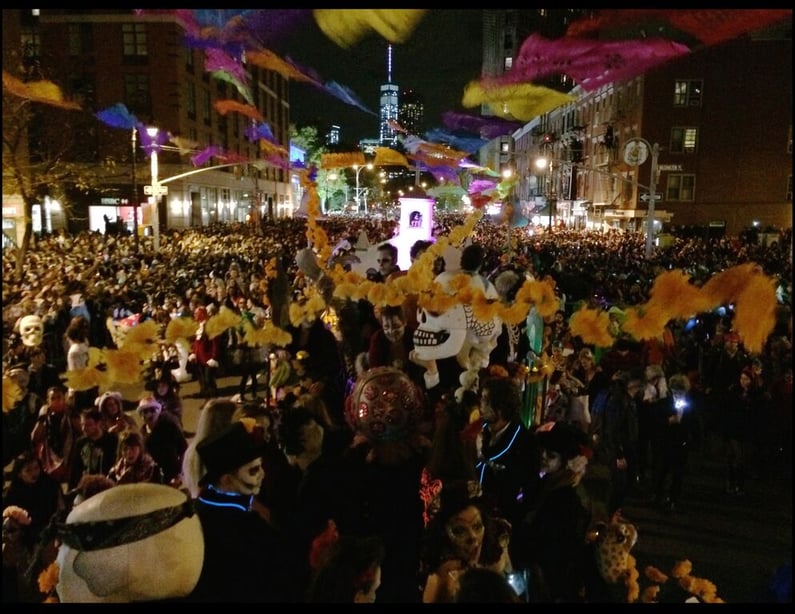 AND SECOND: Is a quote I really love. The quote is:

I love the idea of stirring a man's soul. It’s such a deep, wonderful endeavour.

In your work-life are you insecure about anything?
I am always amazed at the experiences we’ve been able to pull off. I often ask myself “what made you think you could even do that?”. The fact is that I have always worked with amazing people my whole life and if it wasn’t for those people, I couldn’t bring my vision to life. So, if I am insecure about anything professionally, I sometimes worry that those people won’t come back.

How has the vision for the Village Halloween Parade changed over the years, if at all?
I have really worked hard to try and keep it as close to the original idea: celebration of the individual imagination. I want it to be a place where people can express themselves and still feel free and safe to do that. 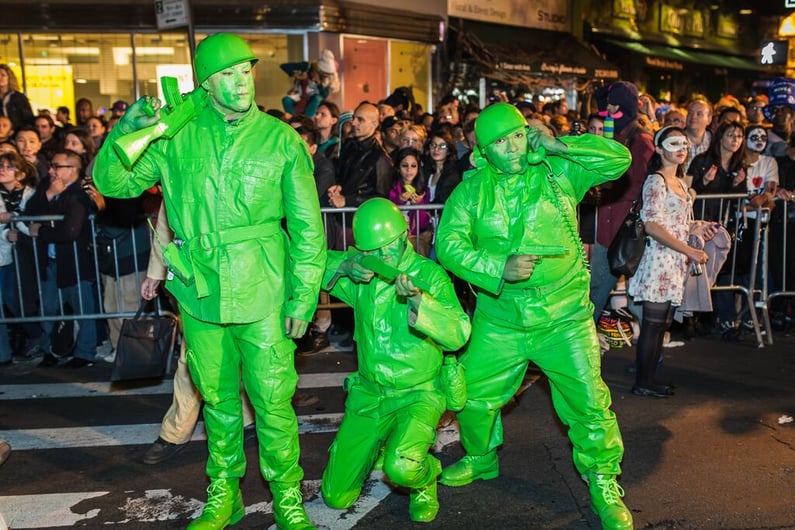 It has always about the people and helping them feel what it is like to create and try something different. That is what makes life meaningful. That has always been my focus. I even talk to commercial sponsors about thinking that way. 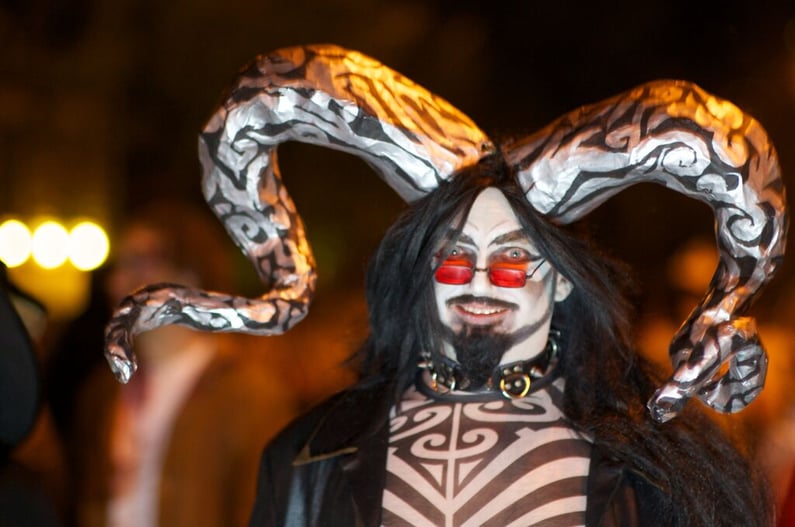 What is your creative process to reimagine the event each year?
It really depends. I really try and tune into the Zeitgeist of the world. And then we try to emulate that in some way. We want to help keep the event in balance with what is happening with the world.

What two or three pieces of advice would you give someone taking over such a large, culturally significant event?
It would really help if they were both crazy and rich. My problem is that I am crazy and not rich.  :)

Who should I interview next?
The Burning Man people are sooo interesting. They are going through a lot right now. I would love for you to interview them.

Parting wisdom?
Figure out how to touch people’s hearts. Focus on what it is that would make a person feel better about the world and their lives. 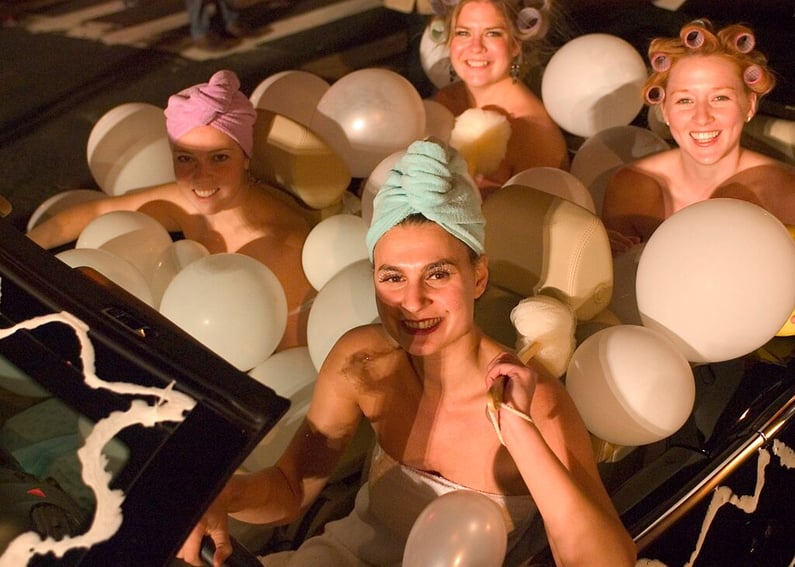 Jeanne has such a calming presence, it’s no wonder she is the one responsible for 100,000 people who are pretending to be someone or something else for a night. Honestly, I would love to see what actually rattles her. I was also struck by her dedication to the artistic side of the event and how focused she was on making sure that every little detail helped connect each participant and onlooker to the larger vision. It's no wonder her parade numbers keep growing without any advertising. The experience is her marketing. I guess that's why they call her a "Celebration Artist". 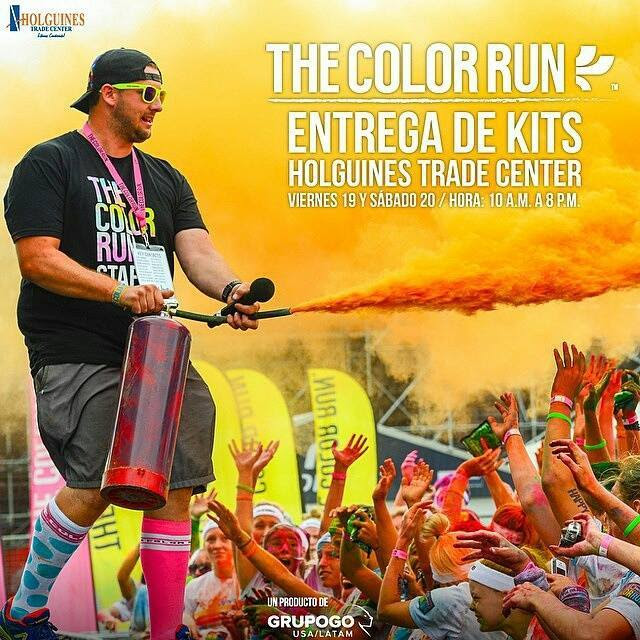 BTW
If you want to get the interviews on the reg, we can email them to you. Sign up below (in purple box).