INTRODUCTION
Creativity and ingenuity can come from anywhere, which is why some of the best ideas come from areas we don't always think about.

So... this week's conversation is pretty special. Yosi Sergant is one part marketing genius, one part human rights activist and a whole lotta other incredible stuff (i.e. dad, mentor, friend...). He has built and been apart of campaigns and events that have impacted the globe. He has this knack of physicalizing art and culture in a way that galvanizes people and initiates action.

My goal for this interview is to connect Yosi's advice with each of you reading this. Because at the heart of Yosi's J.O.B, he's a marketer, a producer and an event director just like each of you.

FIRST: How he leverages art and culture to generate action.
SECOND: What the production world can do to have a bigger societal impact.
THIRD: Lessons learned from his work on the Obama Hope Campaign.

Bottom-line: you might want to warm up Evernote, because class is always in session when Yosi gets on a roll. 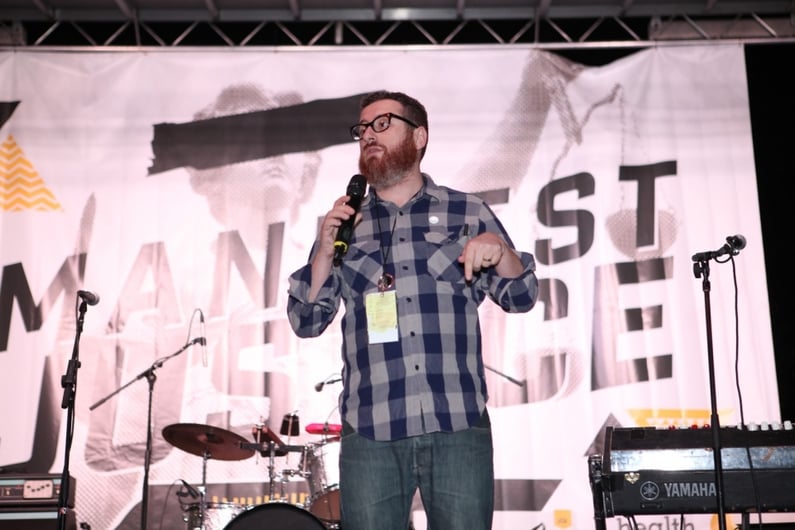 Where did you grow up?
Culver City, CA.

What was 12 year old Yosi like?
One part curiosity, one part trouble, one part girl crazy.

If your friends were a little tipsy, how would they describe you?
Passionate and unapologetic. Firestarter. Shitstarter.

If you could work on ANY campaign in history, which one would you want to have worked on? What would you have changed?
Apple's launch. Steve Jobs turtleneck.

Where do you think the activist and artist sides of you come from?
My father's a kibbutznik (a hands in the dirt and passionate man) and my mother's a school teacher, who gets fired from every job for all the right reasons: refusing to allow administrative and bureaucratic process to interfere with a child's potential or the rights of the teachers. Their spirit of tikun olum (heal the world) was instilled in me as a vital part of our existense from as far back as I can remember.

Dude Yosi, I could totally see you holding up the picket line as a 6 year old. 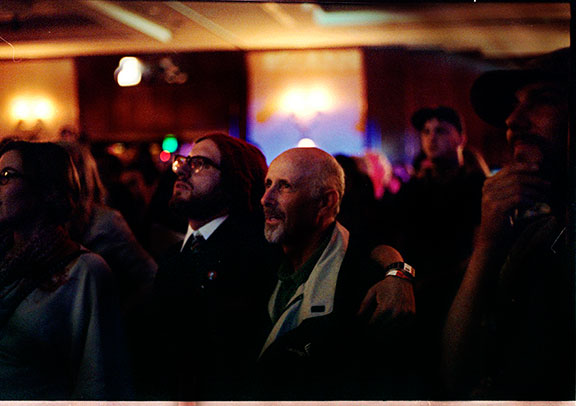 Yosi and his aba, Moshe.

For you personally, what has been one of the most inspiring uses of art (besides your own of course) to help change public perception?

There are just so many - Artists have been at the front of every significant social movement.  So each movement has its exceptional and stand out works for me. From Shakespeare to Ai Wei Wei, from Harry Belafonte to Pussy Riot - artists are always driving societal change. I couldn’t tell you the first law passed, or lawsuit or white paper that first illuminated the struggle to combat AIDS in the US… what I do remember is the movie Philadelphia, the massive quilt, Keith Haring, when Magic Johnson informed us he was infected, Angels in America… it’s all culture.  It’s always culture.

To your question:  I guess I would say the many artists who braved bodily harm and painted on the Berlin Wall and the wall between Gaza and Israel. These artists change these walls into physical manifestations of the resistance against injustice, if not creating cracks in the wall, for sure exposing the oppression.

I also think I would say Woodie Guthrie’s guitar quote:  This Machine Kills Fascists. The instrument itself became an icon for those of us who believe in the transformative power of art and culture. 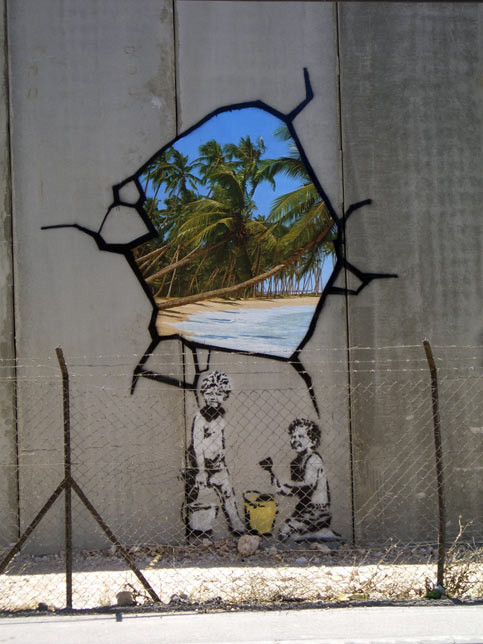 What drove you to want to work on some of the biggest social issues and campaigns in the world?
I had spent many years working in selling product by making corporations look, sound, smell, and taste "cool." I would justify the work to myself by convincing myself I was paying for and commissioning artists that I liked. But after awhile, when you have been doing it long enough to know you are good at what you do… you start ask about how much good is your good work doing? You start to think about the net result of the legacy that you leave behind, and in the end I realized I was no better than a used car salesmen pimping art and culture to sell plastic crap. It just kept eating away at me and I could no longer stomach that feeling. All the while, I was conscious of the deficiencies of our society and the challenges facing our communities. It was just a matter of time before I bridged what I knew how to do and what I knew had to be done. 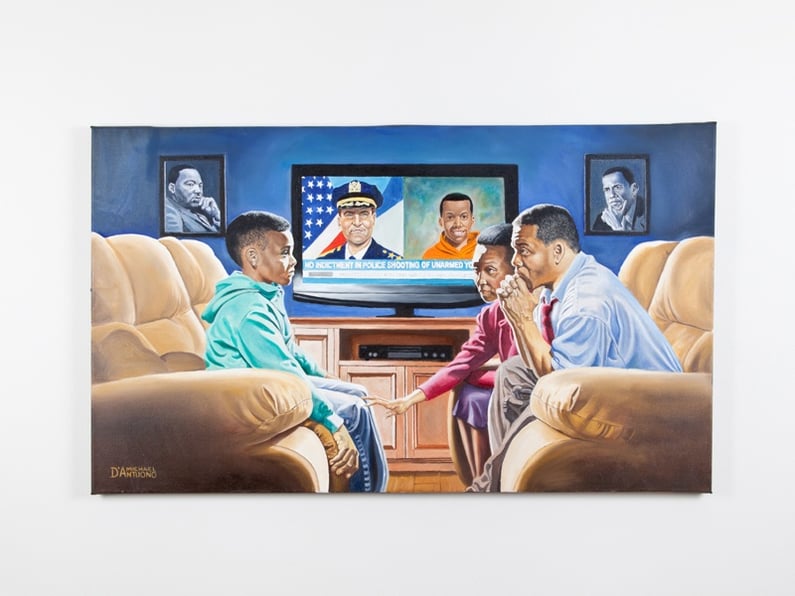 Another installation apart of the Manifest Justice campaign by Michael D'Antuono

Many of the people reading this are meant to be doing exactly what they are doing now: Producing kickass experiences. So what kind of overall societal impact do you think they can have by staying in that world?

To be clear there are marketers and producers that do great good in the world with their work in the for-profit space. I don’t judge people who don’t have the same inklings and drives that I do for pro-social work. Anyone, no matter what sector of business they are in, can lift individuals and communities.

There are things anyone and everyone can and should do. In your hiring practices: You can hire people who traditionally don't have access to your industry. You can spend as much of your project budget with minority or woman run businesses. You can fight to ensure that all your service providers are earning a living wage. In short, use your access and resources to change the marketplace and in doing so challenge industry standards.

Second, the content itself: You can ensure the substance of your work has a double bottom line of lifting our communities. Use your marketing dollars to tell important stories that honestly reflect our communities aspirations and demographics. Lift diverse voices and impact the lives of the people you reach. Infuse your work with the values that will inspire individual and community engagement.  In my practice, I try my best to adhere to the adage, "nothing about us, without us."

For my career, I wanted to move into a more directly impact people, rather than indirect reaching people.  I decided to bring commercial marketing and promotional practices to the often stagnant and unsophisticated non-profit space.

Ultimately, at the end of the day, you can have no greater impact than bringing respect, dignity and fairness to every interaction, work or otherwise. 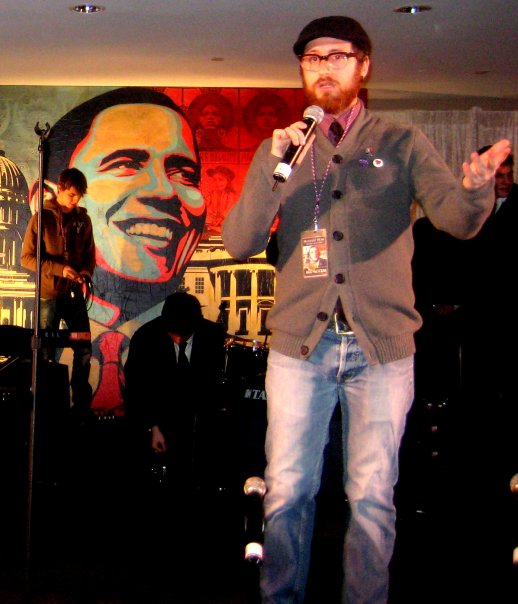 So what really get’s you fired up?
I don't have space in my life to allow other people's fear, anger, and pain to pull me out of my center. I opt for the slow and steady approach if I'm going to be able to sustain the fight over the long haul. I can be just as effective with a sigh and a smile as they can be with a scream.

What phase of the campaign process do you enjoy the most?
Taking complex, emotionally charged and polarizing issues and working with creative artists to dream up the easiest most palatable distilled version.

Do you have a routine at the beginning of any new creative project you work on?
Every circumstance requires a different response. Once you put routine in place the result becomes routine.

Even with the pervasiveness of the internet to reach millions, you still physicalize the experiences in some way or another. Why are physical events, exhibitions, gatherings so important to most campaigns?
Whether you're working online or offline, we see our work as organizing, whether it's online or offline. So often, working with the tactile adds another emotional and evocative sense to the experience. Our campaigns tend to build digital amplification on top of physical activations.

Manifest Justice: What does success on this campaign look like in your mind?
One of the great things about a project like Manifest Justice is, we might never be able to calculate the success of a project like this. Each piece of art included in the show has a life beyond the show itself. The artists that participated were inspired to use these themes in their further work. Activists included the art in their own projects. Attendees inspired to get involved. How do you measure the success of the song "We Shall Overcome"? Is it the number of people who know the lyrics? Is it the amount of times it's downloaded? One work of art defined a movement. How can that be measured?

If you could help produce any existing event in the world, what would it be and what would you do differently? (Free reign brother)
The half time show at the Super Bowl would look a whole lot like Paris is Burning.

If Elijah takes over the family biz someday, what advice will you give him when starting out?
Don't work so hard.

What are your three biggest strategic, production take-aways from your time working on the Hope Campaign?
1. The client isn't always right. When we started the Obama campaign hoped we would disappear. They weren't even using "hope" in their campaign. We knew better. So we did it without them.

2. People like stuff. I'm not sure we would have been as successful if we didn't immediately move from MySpace to the real world with stickers, posters, and t-shirts. There was a rabid appetite for people to be able to express their endorsement IRL.

3. Platform campaigns still need leadership. Creating a platform and hoping the public adopts is a fool's errand. We benefited from significant and specific triggered projects designed to ignite curiosity and creative engagement.

Who should we interview next and what what would you ask them?
Michael Trainer from Global Citizen: How do we transition people from being fans of music to being activists in a more consistent way?

Favianna Rodriguez from CultureStrike: How do we reshape the campaign structure so that more finances reach the artist/activist?

MY TAKE-AWAY
What I love about my conversations with Yosi, is that he has the ability to look at a problem in a completely different way. But just as important, he has the conviction and fortitude to execute what he believes in. And it's my hope that Yosi's story and advice will prompt the question in each of us: Are we doing enough with the platform(s) we have? 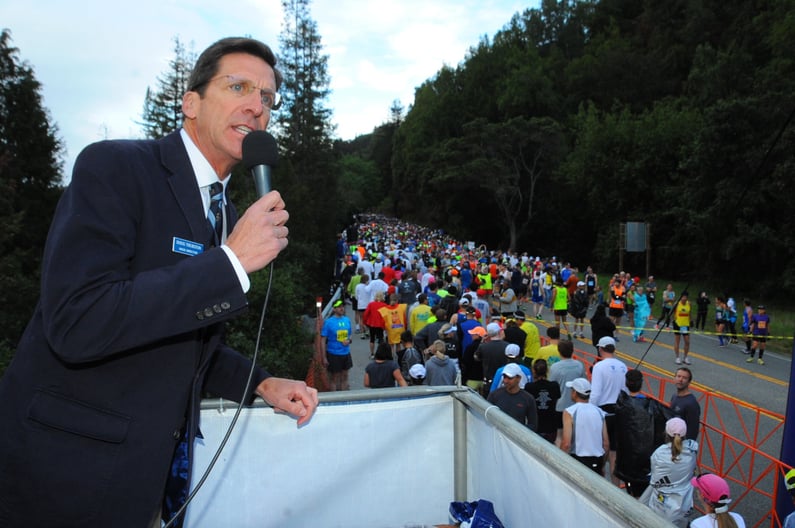 WHAT IS LENND
Lennd is an operations and workforce management platform for events. We're currently in a private beta with some of our favorite events around the globe, but if you want to sign up for early notice as we bring on more events and organizations, you can do that here.

Get event tips, interviews, advice... Delivered Weekly.
Join the top event professionals who get our content in their inbox first.
Give it a try, it only takes a click to unsubscribe.
You might also like...
Managing Ticket and Credential Requests with Eventbrite's Biasha Mitchell
Behind the Evolving World of Event Production with James Klein
Behind Baltimore's Citywide Festival Operations with Kathy Hornig
A Career in Event Operations with Townsquare Media's VP of Live Events Sally Lidinsky
Behind the Evolution of the Essence Festival with Anika Grant
Event Sustainability Advice with Jen Caruso of Caruso Presents