Behind the Evolving World of Event Production with James Klein

This interview is part of an interview series Lennd produced in partnership with XLIVE's annual conference.

PURPOSE OF THE INTERVIEW SERIES
Our goal with these interviews is to share some of the insights, expertise and advice from  the top event management professionals around the world. This is how we all can grow in our careers and produce better events.

INTRODUCTION
Given our work and conversations with a wide variety of events around the globe, one of the biggest themes that stand out to me, is that the production lines between event types is blurring more and more each year. My next interview is with a long-time pro that is helping to drive that change. 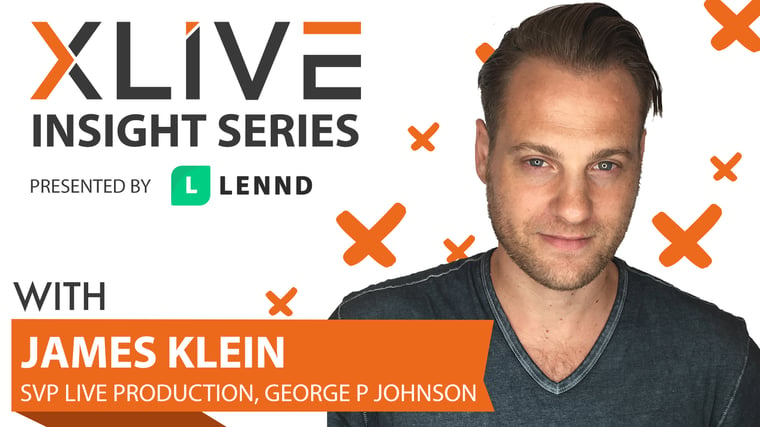 I was really excited about the interview with James, because he has made the cross-over from producing large scale music festivals and is now producing some of the largest corporate events and shows in the world.

JAMES PROVIDES INSIGHT AND ADVICE ON:

Where did you grow up?
I grew up in Sydney, Australia.

Well James, they wouldn't be great friends if they didn't.

But, seriously, I think what they would tell you about me as a kid is that I was never all that interested in academics. Production was what I was focused on from a really young age. I got away with skipping class by doing production work for the school.

How did you get into this world of event production?
When I was 15, my school had a huge auditorium and I was on the technical crew doing lighting, sound and production. I did Battle of the Bands and drama festival and then I started my own lighting company, lighting bar mitzvahs, weddings and that sort of stuff. As I got older at the school, we had to raise money for the high school prom. So I came up with the idea to throw a dance party in the gymnasium and the principal actually allowed me to do it. I ended up selling a thousand tickets to it. 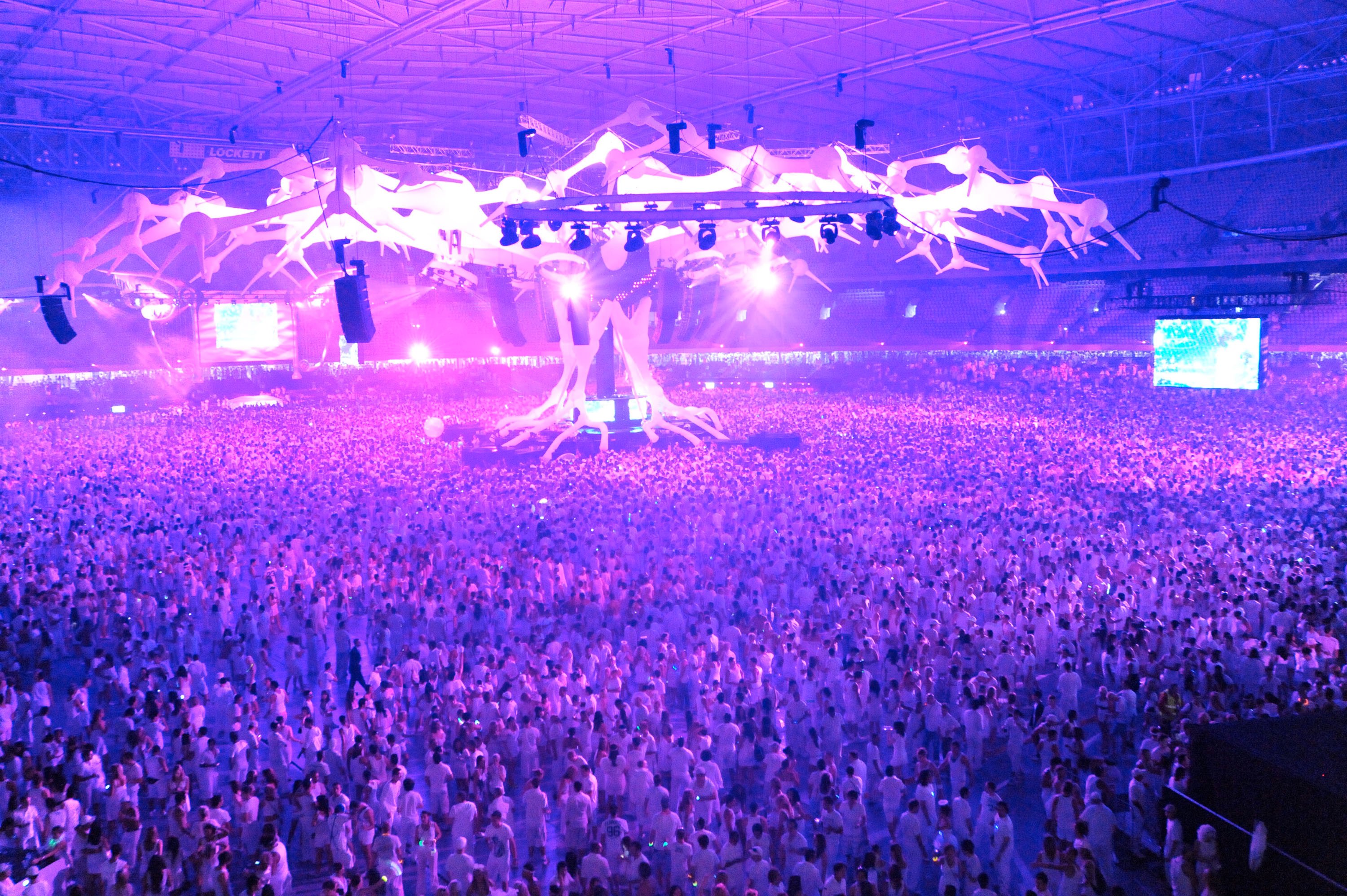 What are some of the biggest operational challenges you've seen when producing a large-scale event of any kind?
The shows I do now, especially in North America are extremely large in size. They're large in terms of volume of people, production budgets and the scope of what the clients are pushing us to do. The challenge we have is that clients aren't necessarily investing more money; they're pushing us to deliver more with the same budget and the same amount of set-up time. So, the question is, how do you deliver that?

I manage a production budget of about $100 million annually, and when you look at how that breaks down between all the different categories – lighting, sound, video, labor, rigging, staging, et cetera – one of the biggest line items is labor. So we can use operational efficiencies from other event verticals like rock-and-roll touring (like pre-rigged lighting truss or other systems that are designed to go together really quickly), that help us save in on-site labor costs. Then I can apply that money to giving our clients more for their budget.

I've also enhanced efficiency on site with the way we plan shows. The level of detail we get into is practically unheard of in the corporate space. For example, I know what is in packed into every single truck heading to site and have them getting unloaded in the order the elements are needed. That’s another approach I’ve taken from concert touring. As a result, we’ve installed incredible shows of enormous scale faster than anyone thought was possible. 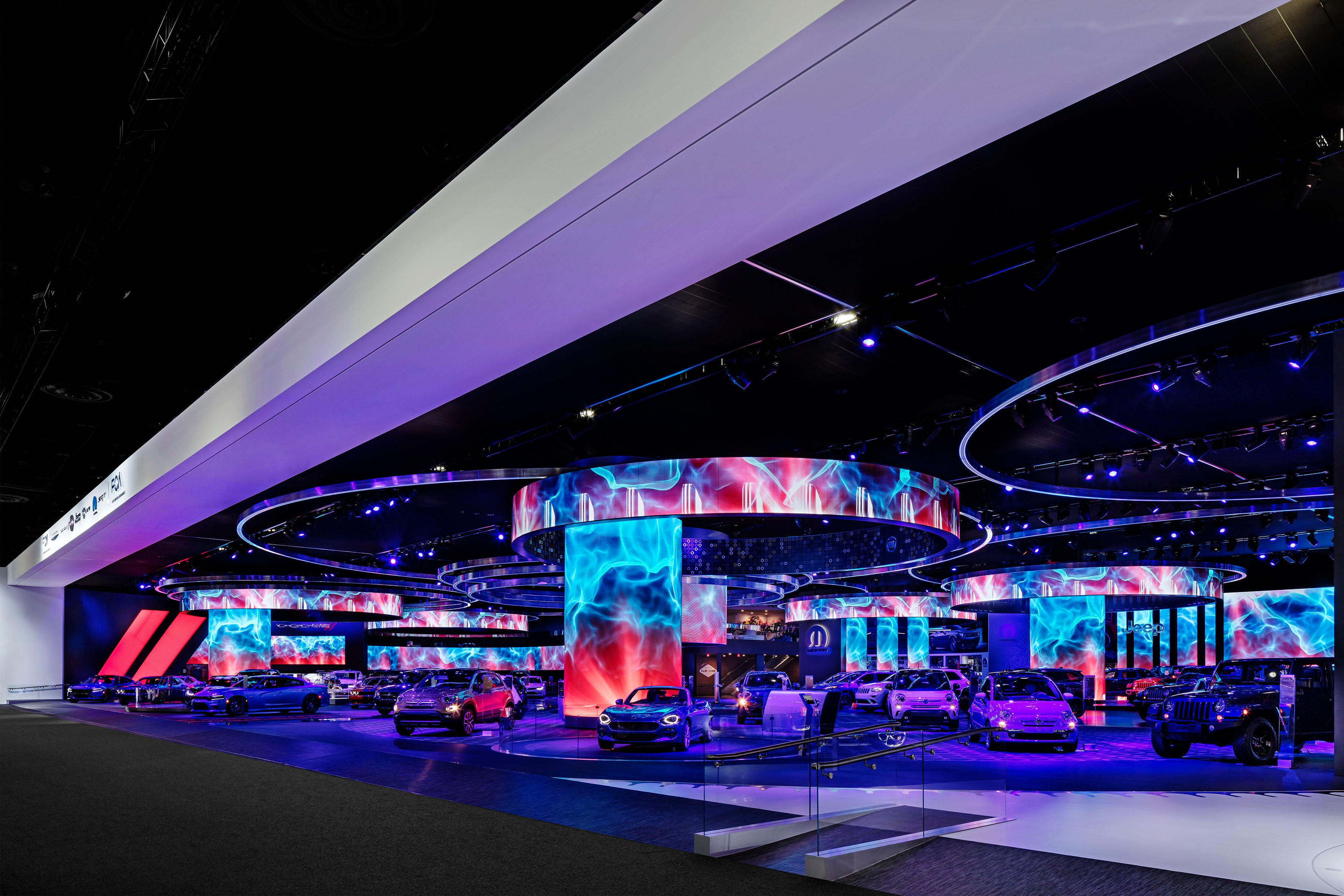 Where do you see technology coming up short in the event world?
Generally, corporate events are not leading in technology innovation. I've always felt that rock and roll leads the way. Items that were invented or designed for artists to put in their concert often trickle down into our industry and are now being used in our shows. So, technology isn’t coming up short as much as lagging behind but that’s not necessarily a bad thing. We don’t want to gamble on new technology with our clients’ money. We need to know it’s going work and achieve the desired impact first.

They want to know how long attendees spend in front of a display? Where do they live? What are they buying? What motivates them? So how do you gather that data in a fun way that engages consumers? 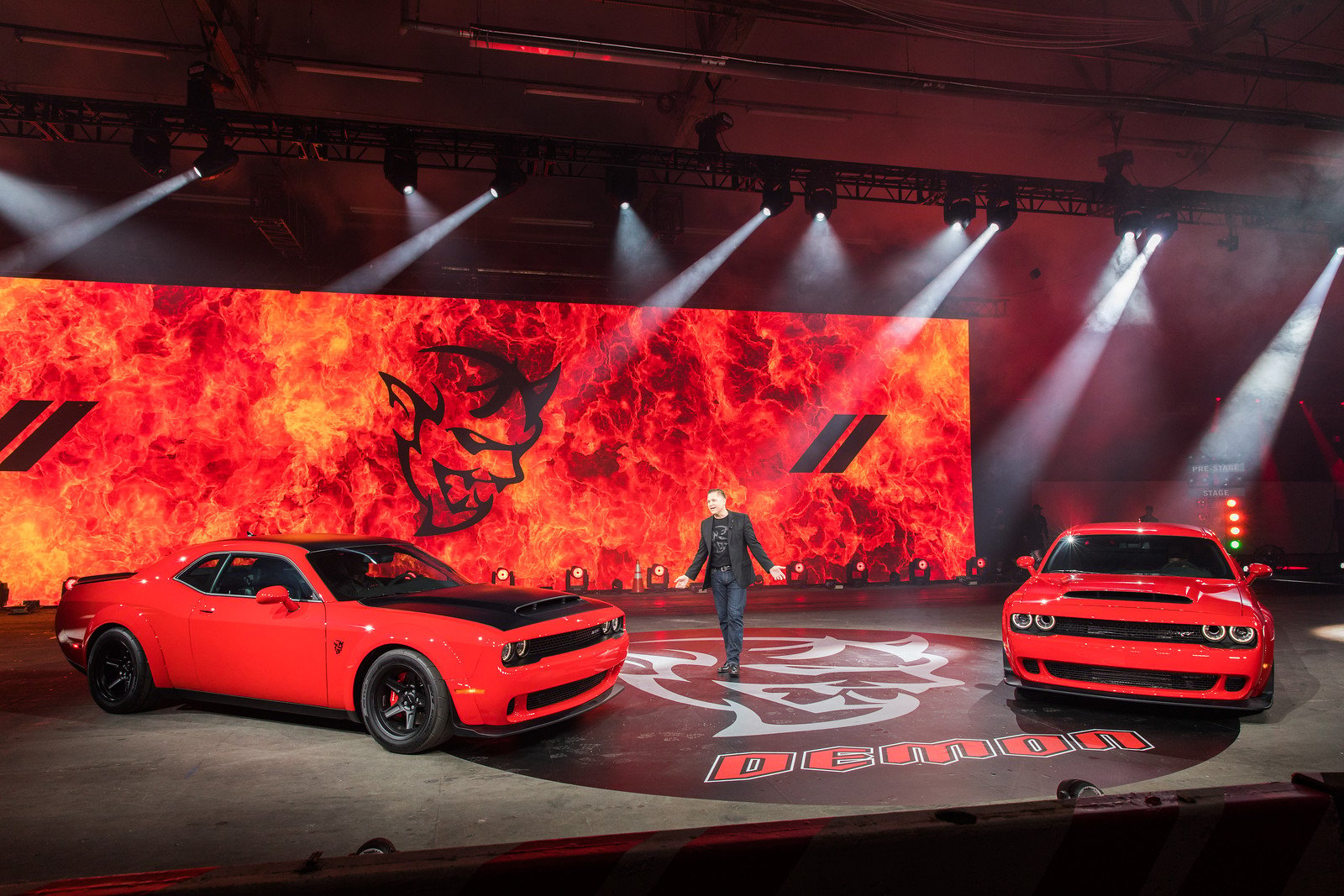 Why did you decide to leave the music world and join GPJ?
I come from a very untraditional background to be working in the corporate event space. I spent my life doing music festivals all over the world. So a lot of people ask me why I made the transition.

I typically answer in a couple of ways.

First: In the music festival world you're almost always challenged from a budget perspective. Promoters want a big show, but they don't want to pay for it In the corporate world, they want the big show and they're willing to pay for it as long as there is strategy in place to drive business results. We can do really ambitious things that we wouldn’t be able to afford at a festival.

Secondly: GPJ has amazing clients that value the amazing moments we deliver for them and give us the opportunity to create really exciting shows across verticals from tech to luxury lifestyle to automotive. That allows me to lead a team of really passionate, talented people that live and breathe shows.

How much does Corporate Event production resemble Festival and Live Event production now?
It’s shockingly similar both from a technical point of view and an operational procedure point of view. When I look at the sites we're designing and building in the corporate space, we're essentially designing and building a festival at the site. Multiple locations, multiple venues, multiple stages, and huge amounts of content getting delivered simultaneously. It's the same mentality as designing and curating a large music festival. In fact, I often hire people with experience with large-scale festivals because they are uniquely qualified to work on this type of corporate event. 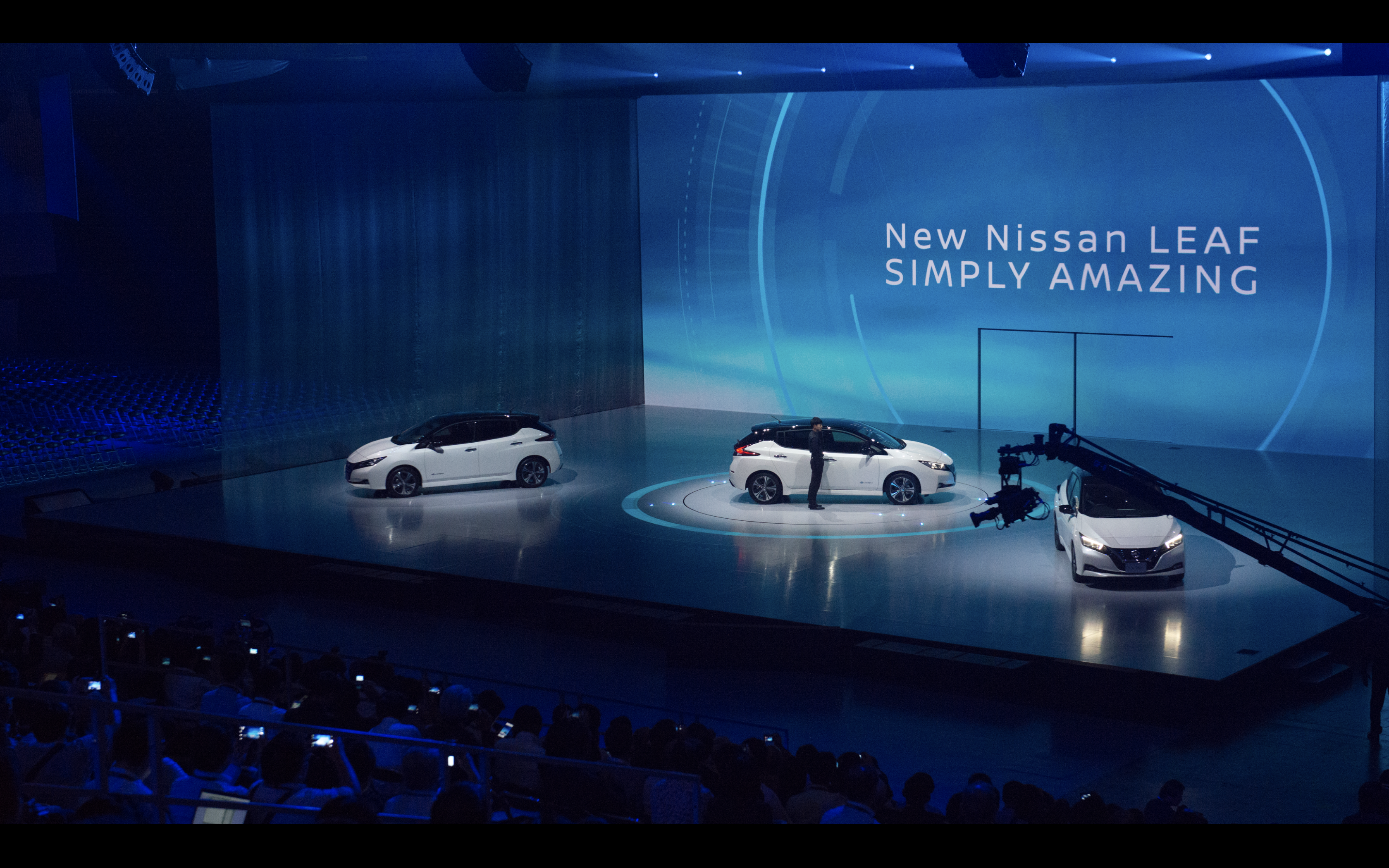 So what advice do you have for folks that have been in the industry for a little while and are thinking about the next half of their career in this space?
Well, I'm thinking about the next half of my career in this space. As the industry evolves it’s critical to keep looking at new ways agencies all over the world are engaging consumers, and not just from a corporate perspective. I look at these immersive experiences and lighting festivals. I draw on that inspiration and work out ways to apply that to our events.

For example, there's these gaming conventions that just came out in South Korea where artists perform on stage and the characters from the games perform alongside the artists and interact with them using augmented reality. We’re just at the beginning of exploring the potential of augmented reality technology in the corporate event space and activations like that inspire us to imagine new possibilities for the technology. As the hardware gets more effective and affordable, I believe augmented reality as part of our events is going become the norm.

I really appreciate the time.
Thank you for including me.

LENND, INC
Lennd is a next generation event management platform that simplifies operations and logistics so event teams can work smarter, move faster, and improve their ROI.

To learn why some of the most respected event teams trust Lennd to power their event operations or sign up for a demo: www.lennd.com