Sitting down with the talented videographer / production duo of Elena & Sofia Costa felt a bit like sitting down with a band you've been following for a long-time. And now I had this backstage pass to hang out with them before their bus was off to another tour stop in some far away land.

What I love about these two sisters, is that their in it together and whether it’s their video production company, their bucket list or their travels, they're going for it. Camera in tow.

My hope for this interview was to try and understand how they do it. Maybe it will help all of us. Enjoy. 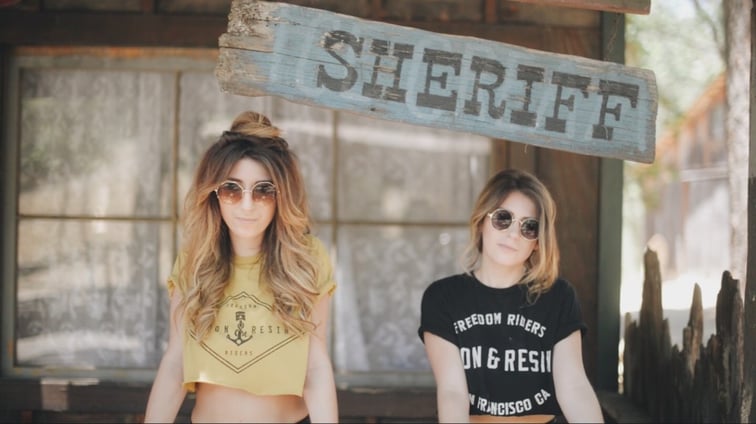 Where did you grow up?
On the South Coast of Wales, by the beach in a little town called Penarth.

What were 9 year old Elena & Sofia like?
Probably complete nightmares. Being total tomboys learning Karate with our dad & messing up the house for our mumma whilst dancing around and listening to Rock & Roll. 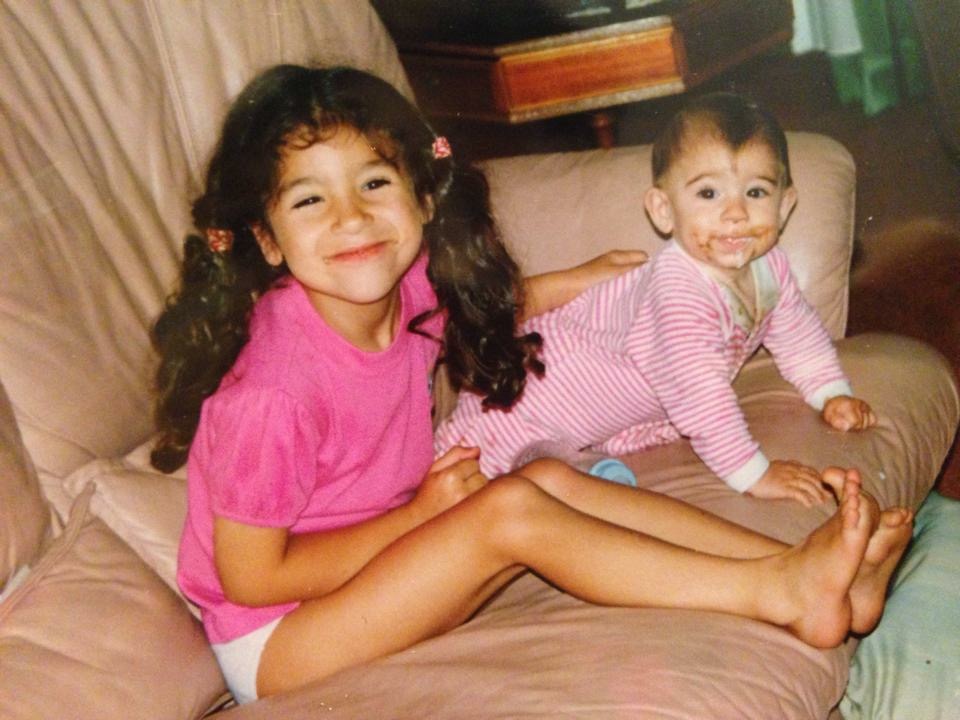 Photo Cred: Mum. Elena in the front & Sofia in the back

If your friends were a little tipsy (2-3 pints) how would they describe you?
LOUD, probably. Oh & we think we’re funnier than we are. Thats definitely a thing. Inseparable. Exaggerators. Overly Enthusiastic.

And if you were a little tipsy, what would you be drinking?
Sangria is always a winner. Tequilla if we’ve got nowhere to be the next day.

When not at home, where do you feel most at home?
Home is where the heart is. We’re almost always travelling together.. we’re super lucky to have each other. If we had to pinpoint a place, California, because deserts.

First concert you ever went to?
We’re cringing so hard right now. Bowling for Soup & Sum 41. YES we’re both total moshers. We literally just got back from a heavy metal festival so we guess you could say we still are. 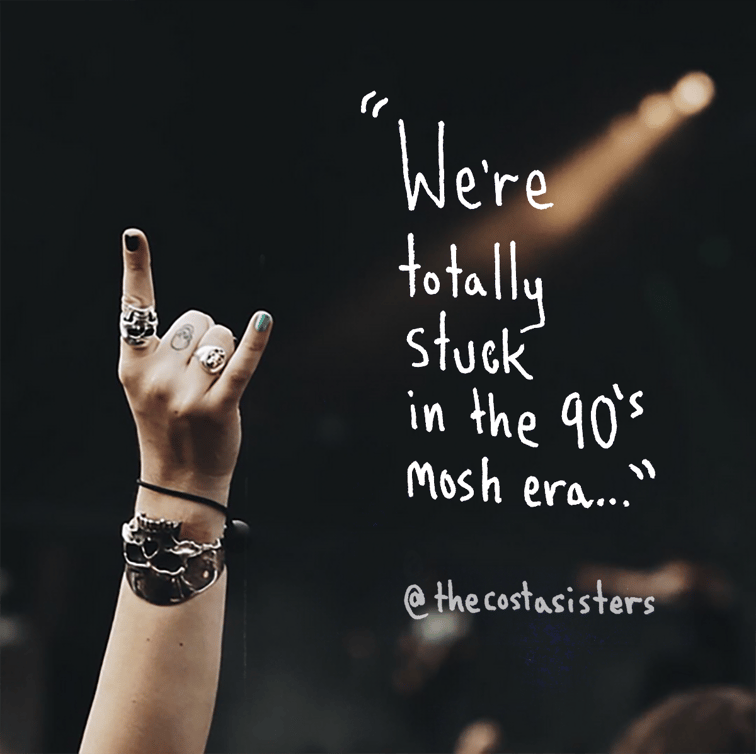 Where did the love for film and video come from?
We’re big time film buffs. We always have been, so we guess it’s been there all along.

If you could do a behind the scenes film on any event, band, film in the world, what would it be? And what would you want to show?
Hah, well we have a few...

The Band.... We’re totally stuck in the 90’s mosh era, you just gotta take a road trip with us to find that out. We will always have massive love for the band CKY. we have no shame in saying we used to travel worldwide to see them together...so we would hafta choose them. The CKY crew is so hilarious we’d definitely have to get the jackass guys involved!

The Movie/Film... anything Tarantino was/is working on, his shots blow our minds. We absolutely love his style, last years adventure to California was spend visiting the Kill Bill chapel, the Cinema where Clarence & Alabama watched Kung Fu in True Romance & even the diner they ate pie afterwards. 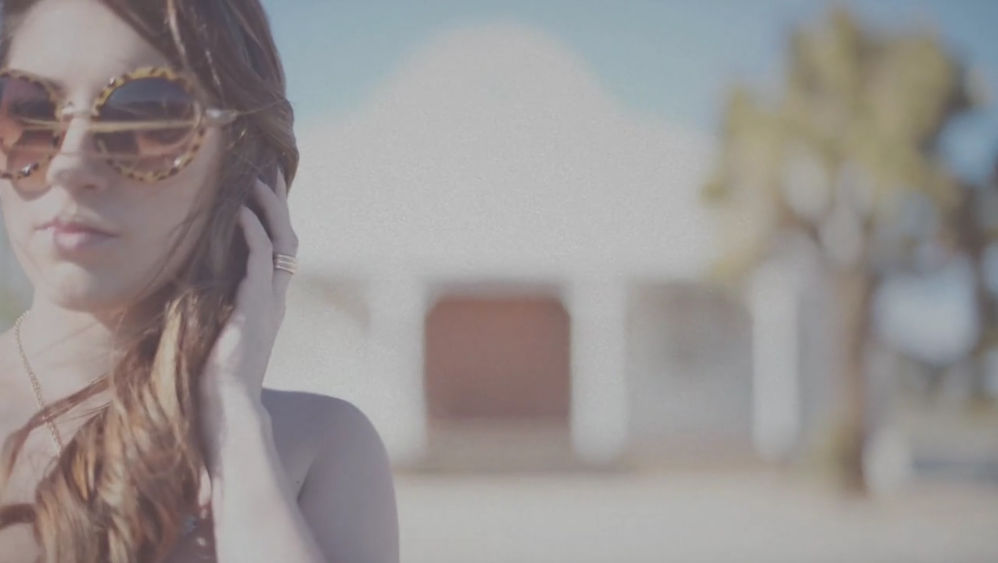 On a different note, we’re also really into supporting independent companies at the moment, we love the whole concept of supporting your local suppliers, they work so hard & theres nothing better than seeing people getting the recognition they deserve! 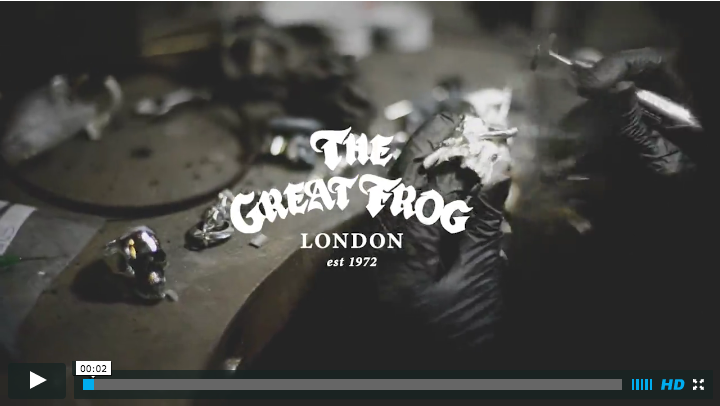 ...we’ve loved them forever.. we were busting to film behind the scenes for them & when they invited us to capture the dungeon where all the magic happens we were dying, definitely a tick on the bucket list for us.

If you had to pick another profession, what would it be & why?
OMG. we can’t even imagine. please don’t make us go back to retail.

What’s your spirit animal?
We’re total dog people, so we’d both hafta go with that. They get just as overly excited at seeing everyone & meeting new people as we do. 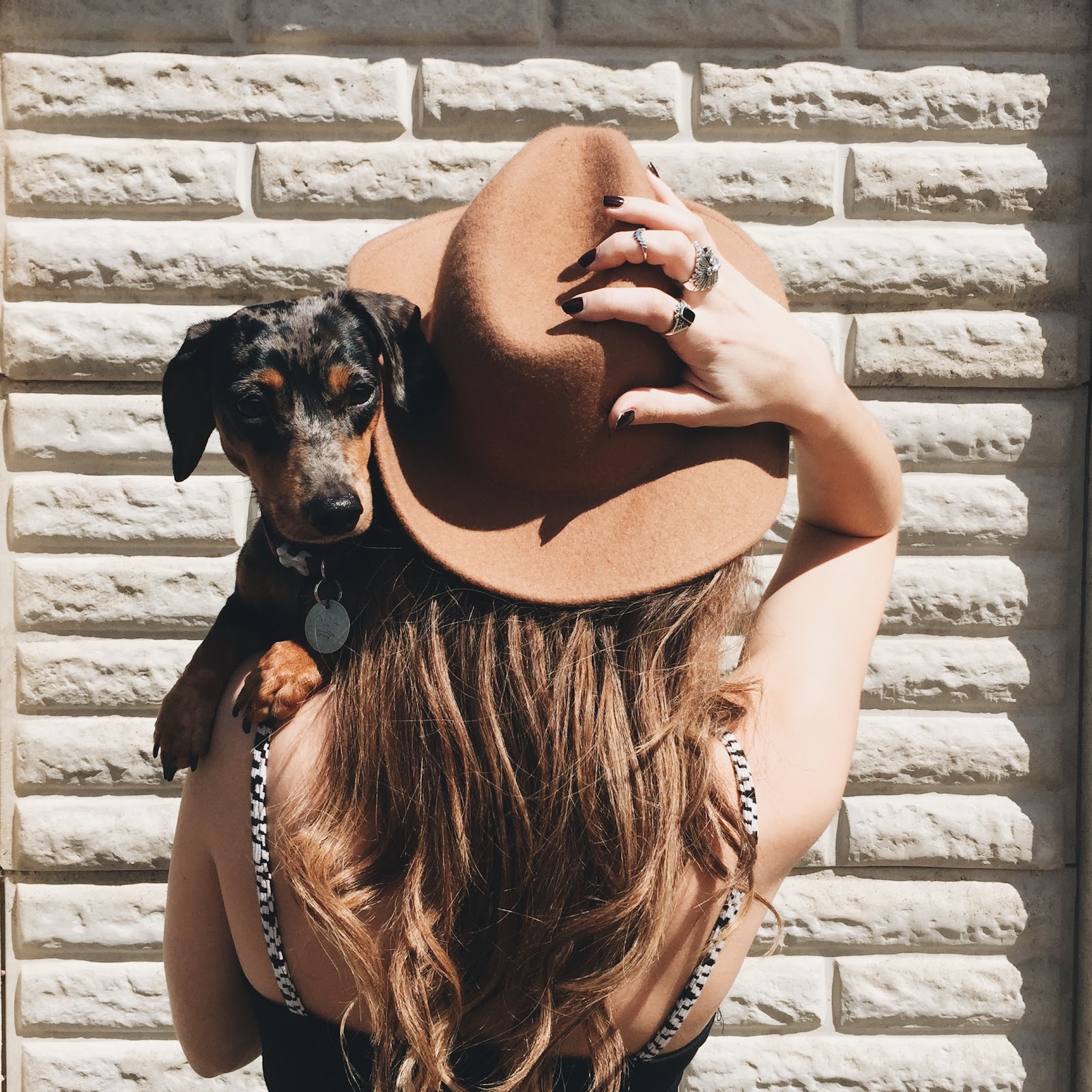 Where and when did you first pick up video?
Sofia used to dress up as Danny from Grease & film herself dancing around to Grease Lightning. & you have no idea how much I WISH we had this video to share.

How did Costa Sisters Productions (the business) get started?
Totally by accident, we filmed some tattooist art battle for our roommate & it got a bit of attention, next thing we knew we quit our jobs & gave it a go professionally. We’re so glad it ended up working out.

Annnnd, the tattoo industry will never be the same. 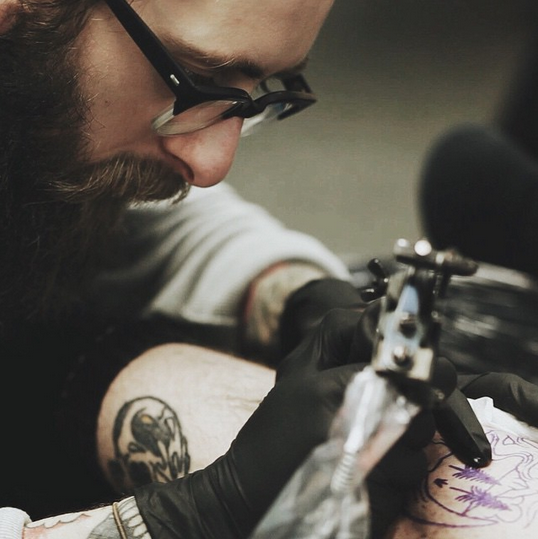 Since you're traveling pros, any packing tips you’ve picked over the years?
Pack light, so you can fill your case with all the “i hafta get that” stuff you see while your away. We’re so bad with this, once when we travelled California we had to buy a new suitcase from walmart to fill with everything we couldn’t bare to leave behind. 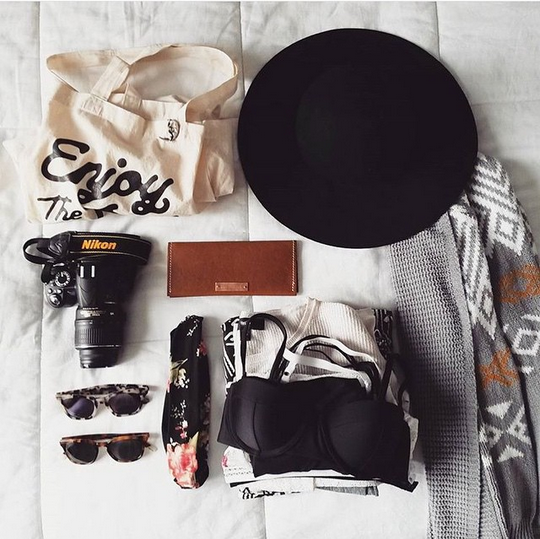 When it comes to putting your energy and time into things, how do you know what to say “no” to? I mean there's only the two of you.
WE KNOW RIGHT! We always wish there was a third “Costa”.

We try & only take on the work we know we’re going to LOVE, we’ve found that the more you love what your doing the better the work you make becomes. Exciting work keeps us super motivated. And we have this whole bucket list thing to keep us focused.

So as a company, do you guys break up responsibilities/roles in a certain way?
I guess we work in a conveyer belt style. We're constantly working & passing it on. 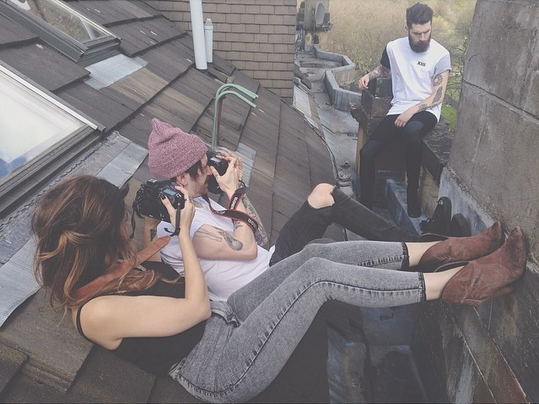 What go to equipment do you shoot with?
We like to mix it up with the best of both worlds, usually Cannon Mark II  & Nikon D800

In your work-life are you insecure about anything?
You bet, we capture the most amazing things, we think its only natural to then worry we won’t be able to give it the justice it deserves.

What do you do when you’re stressed?
TRAVEL. Nothing sorts us out more than an adventure. 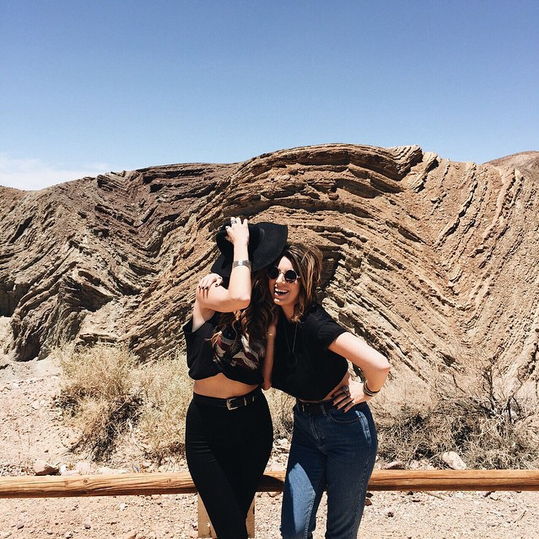 Any Pet Peeves or anything that just pisses you off in the industry you’re in?
We’re the kinda people who reach out & tell suppliers how ace their stuff is, so we can’t stand when “competition” acts like “competition”.

When thinking about the type of client that fits your brand, how would you describe them (person or company)?
Our mum says it “barbas y tatuajes” (BEARDS & TATTOOS).

2. Don’t underestimate your self worth.

3. Have fun with it - Don’t follow the rules, your business is what you make it

Who should we interview next and what should we ask him/her?
Ummm, you should definitely have a word with Lauren Scotti.

And ask her when she’s coming to visit us in the UK! Her work is mind blowing & she’s the loveliest <3

MY TAKE-AWAY
First: You can't knock the hustle. And these two chicas are getting after it and lovin every moment.

Second: Their talents are starting to transcend industries. I really think you're going to see this more and more. One minute these these two are telling the story of some incredibly artistic wedding, or helping to develop some artisan brand or launching a local tattoo shop and the next, they are documenting the beautiful madness of the largest metal festival in the UK.

I'm just excited to see what they do next.

OH BTW
If you're enjoying these interviews, we can send them to you through this thing called email. That's what the purple box below is for.